In July, a 47-year-old woman showed up at the emergency department of her local hospital in Sacramento, California. Her speech was slurred, she couldn’t walk, and she was unable to feel her hands or face. The woman soon fell into a coma, where she remained for several weeks. 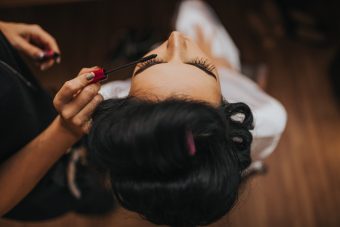 The cause of the woman’s desperate condition, health officials soon discovered, was a skin-lightening ingredient—mercury—that had been illegally mixed into her pot of face cream.

“Mercury poisoning has dangerous and sometimes irreversible effects, and while unborn babies are most vulnerable, anyone can suffer,” said Claudia ten Have, Senior Policy Coordination Officer at the Minamata Convention Secretariat. As the case of the Sacramento woman makes clear, the toxic heavy metal can pose serious health threats in developing as well as developed countries.

Indeed, everyone on the planet is exposed to mercury at some level—whether through the food we eat, the air we breathe, or the cosmetics that we use. And while there are a number of measures that individuals, companies and governments can take to guard against mercury poisoning, the toxic heavy metal will continue to endanger human and environmental health until we manage to comprehensively address mercury throughout its life cycle.

Achieving that goal is the principal aim of the Minamata Convention on Mercury, a multilateral environmental agreement that took effect in August 2017. To date, 114 countries have ratified the convention, the world’s youngest environmental treaty. The parties to convention will gather in Geneva for their third Conference of the Parties from 25 to 29 November. The health impacts of mercury are one of the important items on the meeting’s agenda.

Mercury and our health

When we inhale, ingest, or are otherwise exposed to mercury, the element can attack our central and peripheral nervous systems, as well as our digestive tracts, immune systems, lungs and kidneys. Specific symptoms can include tremors, insomnia, memory loss, headaches, muscle weakness, and—in extreme cases—death. Unborn babies whose mothers have high levels of mercury in their blood can be born with brain damage and hearing and vision problems. Levels of the toxic element can be measured in samples of blood, hair, or urine.

But how are we exposed to mercury in the first place? Despite a growing global awareness of how mercury threatens our health, the element continues to turn up in a number of places. Here are a few:

For more than a hundred years, mercury has been one of the primary ingredients in dental amalgam, the mixture that dentists use to fill the cavities in their patients’ teeth. And while amalgam probably poses only a minimal threat to the health of those who walk around with it in their mouths, the use of mercury in amalgam also contributes to a gradual build-up of the toxic element in our environment. To tackle this challenge, the Minamata Convention proposes nine specific measures to “phase down the use of dental amalgam” worldwide. The steps include setting national objectives to reduce the use of amalgam, promoting the use of mercury-free alternatives, and supporting best practices in the management of mercury waste.

Seafood is the main source of protein for about one billion people around the world. Because mercury “bio-accumulates” in the food chain, larger fish such as shark, swordfish, tuna and marlin tend to be especially high in mercury. People who consume very high amounts of seafood can be exposed to high levels of methylmercury, an organic compound that accumulates in the bodies of the fish. Mercury poisoning from consuming marine animals has been seen among indigenous groups in many parts of the world, especially in the Arctic. Per capita seafood consumption in those communities can be up to 15 times higher than in non-indigenous groups. A study published in 2018 found elevated levels of mercury in women of child-bearing age in island states across the Pacific, Caribbean and Indian Oceans, where fish consumption is high. Clearly, mercury pollution has accumulated across the worlds’ major oceans, contaminating the marine food chain and threatening human health.

Mercury can also be found in beauty products, particularly skin-lightening creams, but also eye make-up and eye-cleansing products. While many countries have imposed laws banning mercury from cosmetics, a number of others have yet to do so, and mercury-tainted products have been found on major online retailers. Consumers looking to avoid the toxic element should buy products from reliable vendors and ensure that their products are properly sealed and labeled. The World Health Organization has more information on the topic.

Artisanal and small-scale gold miners regularly use mercury to help them separate gold from other material, and most of that mercury ends up in the environment. In 2015, according to the UN Environment Programme’s (UNEP) 2018 Global Mercury Assessment, artisanal and small-scale mining emitted some 800 tonnes of mercury into the air, roughly 38 per cent of the global total, and also released some 1,200 tonnes of mercury to land and water. Mercury poisoning also represents a serious and direct health threat to the 12 million to 15 million people who work in the sector around the world. Reducing mercury emissions and releases from mining is a key goal of the Minamata Convention, which requires countries with small-scale gold mining to produce national action plans to reduce or eliminate mercury from the sector.

The other big source of anthropogenic mercury emissions is also a big driver of air pollution and climate change: coal burning. UNEP’s latest Global Mercury Assessment found that coal burning and other forms of fossil fuel and biomass combustion was responsible for about 24 per cent of global mercury emissions. Although coal contains only small concentrations of mercury, people tend to burn it in very large volumes. And as the global economy grows, so too does coal burning for power generation. The good news is that up to 95 per cent of mercury releases from power plants can be reduced by improving coal and plant performance, and improving control systems for other pollutants.