New research published by RenewableUK shows the global pipeline of offshore wind energy projects which are operational, under construction, consented or being planned has soared by 30% in the last twelve months from 122GW to 159GW. 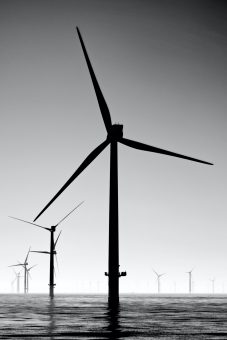 The statistics are revealed on the first day of RenewableUK’s Global Offshore Wind V-Fest (virtual festival), which is focussing on the major role that offshore wind is set to play in the green economic recovery worldwide.

Our latest Offshore Wind Project Intelligence report shows that the UK has retained its top spot, dominating the market with a pipeline of 38.9GW – a quarter of the global total. China has moved up from 4th to 2nd place with 19.3GW – an increase of 7.3GW, up 60%.

RenewableUK’s Deputy Chief Executive Melanie Onn said: “In the current economic crisis, these new figures show that offshore wind is one of the major growth opportunities worldwide. In the UK alone, we estimate that next year’s auction for renewable power could secure over £20bn of new investment. Our latest Offshore Wind Project Intelligence report highlights the global potential for offshore wind to drive a green economic recovery.

“It’s great to see the UK’s world-leading offshore wind industry remains in pole position – other countries are following our lead and catching up fast, but we remain by far the biggest market for offshore wind in the world.

“This is a global industry and the UK’s offshore wind supply chain has increasing opportunities to sell our goods and expertise overseas, as we take on a new role on the global stage after Brexit. We’re already exporting to Europe, Asia, North America and Australia, and the value of our offshore wind exports is set to increase fivefold to £2.6bn by 2030 for UK companies”.

The top 5 countries represent 65% of the total global pipeline, with 104GW of capacity between them. Europe has 60% of the pipeline with 96GW.