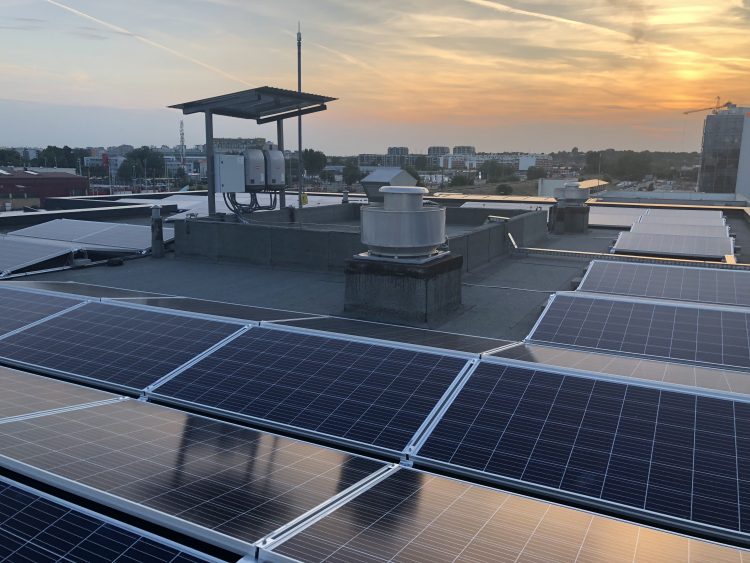 In case you have bought your pair of Chucks in Serbia or a country in the region, there are high chances that they had found their way to your feet with the help of Triple Jump, the exclusive distributor of Converse, one of the world’s oldest sports brands. As a result of the knowledge and work of the company’s employees, some other renowned brands came to the market of South-Eastern Europe, such as Escada, Mexx, Nike, and Zara.

The founder of the company is Milan Spasojevic, former Yugoslavian Olympian, and successful triple jump athlete. Triple Jump’s main activity is the trade of products in the field of sports and fashion.

In an effort to reduce electricity bills in their offices in Belgrade and to reorient themselves on the production of electricity from renewable sources, the management of this company hired MT-KOMEX. Triple Jump entrusted the task of building a small solar power plant on the roof of its office building to the experts of this company.

Moving a step forward along with modern trends, the Belgrade-based company MT-KOMEX enriched their several decades-long experiences in the field of mechanical engineering and welding with the areas of clean energy sources, energy efficiency and sustainable development. It is therefore not surprising that triple jump athletes have chosen it to achieve their goals.

MT-KOMEX engineers have been trained and certified to install photovoltaic modules with the corresponding equipment, as well as voltage and inverter converters. Their skills were once again proven on the roof of a multi-story building in Novi Beograd, where Triple Jump is located. 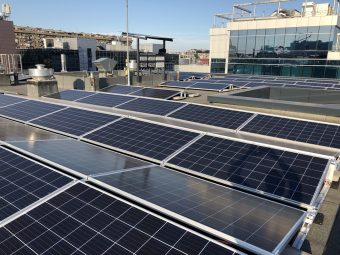 They set up a total of 108 photovoltaic panels of polycrystalline type and high efficiency, produced by the Canadian-Chinese company Canadian Solar, on the aluminium substructure, made by K2 Systems.

The power plant with a capacity of 30 kW was put into operation on June 1, 2018. The engineers installed Fronius inverters. The generated electricity will be used for Triple Jump’s own consumption without a possibility of handover to the electric grid. It will mostly be used for the purposes of air-conditioning, heating, and lighting.

Users of a small solar power plant, thanks to a smart meter, can monitor the energy “exhaustion” of the building and indirectly improve its energy efficiency.

The decision that, among numerous sustainable alternatives for obtaining energy, the choice falls onto the sun is sparked by the fact that the territory of our country gets a quantity of horizontal radiation of the sun that is higher than average.

Although solar panels are standard in Germany, and a rarity in Serbia, the Serbian soil is richer in sunshine compared to German. In Germany, global horizontal radiation goes up to 900 kWh/m2 and in our capital up to 1250 kWh/m2.

This article was published in the eleventh issue of the Energy Portal Magazine SUSTAINABLE ARCHITECTURE, in July 2018.