Don’t eat yellow snow has always been good advice. To that we can now add warnings against green, pink, orange and black snow, as new evidence of our trashing of the planet is now being etched out on the most pristine of environments – our dwindling snow caps. 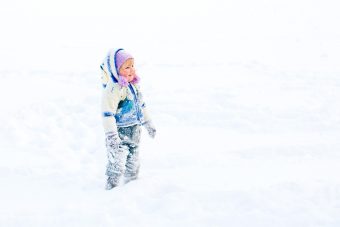 A spate of incidents in Russia has grabbed internet attention. Residents of Siberian towns watched with dismay as the snow around them turned green and black, with toxic emissions forcing some to wear masks. These seem to be connected to local factories, with a chrome plant in particular behind the green snow, and, as protests gather pace, the Putin government has come under pressure.

Snow pollution is not new. Campaigners have been warning for years of the dangers of dark snow, – black, brown and grey streaks across the ice that can be clearly seen from the air above Arctic regions – because of its effects on climate change. Dark snow is stained by black carbon, AKA soot – unburnt particles released by the combustion of fossil fuels in coal-fired power plants, factories and other sources, and carried to the ice caps on the wind. When soot falls on white snow, it is not only an aesthetic disaster: reflective snow and ice enhance the earth’s albedo (the ability of a surface to reflect sunlight), bouncing light and heat back into space, but dark snow absorbs heat instead, accelerating global warming. Eliminating soot could slow climate change, helping to reduce temperatures by up to 0.5C.

Snow is sometimes stained by natural phenomena. Chlamydomonas nivalis algae can make it appear pink or red, an effect documented by scientists since the 19th century. Orange snow spreading across eastern Europe last year may have been from particles of dust and sand from the Sahara, though pollution was a more likely cause of orange snowfalls in Siberia a decade earlier.

As far as eating snow goes, don’t try the white stuff. Researchers in Canada found in 2017 that melting urban snow releases a cocktail of toxic chemicals, largely from car exhausts, trapped in the snow from polluted air. Snow in its beauty has always exercised a hold over our imaginations, symbolising purity and transcendence, harking back to a mythical state of innocence. As the snow around us stains black, grey, brown, green and the rest, there could hardly be a more potent emblem of our runaway global problem with pollution.