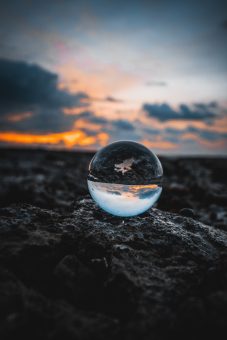 It’s a number that’s been thrown around a lot recently. There’s a danger it will be misunderstood.

When I wrote about a report suggesting the pace of decarbonization needs to treble, I also mentioned the recent IPCC report which has garnered various versions of the following headline: “We have 12 years to save the planet.”

This phrase, or something like it, has been bandied about by politicians, journalists and activists alike. In many ways it’s a useful framing that drives home the urgency of the situation we face. There is also, however, a strong danger (nay, certainty) that it will be misunderstood and/or misrepresented. So let’s first cover what it doesn’t mean:

What the 12 year figure in the IPCC report does refer to is that, if we are going to have a reasonable chance of keeping warming to 1.5 degrees, we have just over a decade to cut global emissions some 45% based on 2010 levels. We then have another two decades (until 2050) to reach zero net emissions.

It’s still an astoundingly daunting task. But many argue that the challenges that lie in the way of achieving it are largely political, not scientific. Among all the depressing headlines and scientific reports (of which there are many), there are plenty of bright spots to suggest we could make significant progress if our leaders would put our minds to it.

The UK has already brought power-sector emissions to Victorian-era levels. Shenzhen, China—a city of 11.9 million people—has already transitioned its entire bus fleet to electric vehicles. Norwegian oil demand may be peaking due to electric cars. Both utilities and cities are setting near net zero emissions targets within the timeframe we are talking about.

Of course, none of this is anywhere near enough. In fact, Lloyd covered at least one idea of what meeting this target would look like when the IPCC report first came out. But there is more than one way to skin a plant-based cat substitute.

What we know is this: A climate movement is stirring and we now need very bold commitments and near-term efforts to move us toward them fast. The “12 year” figure is useful in focusing the mind and spurring us to action—not least to dispel the myth that we can sit on our hands and engineer ourselves out of the crisis—but it should be understood in context:

It simply means we need to move as fast as possible to the most ambitious goal we can muster. Should be easy, right?