Attempts to solve the climate crisis by cutting carbon emissions from only cars, factories and power plants are doomed to failure, scientists will warn this week. 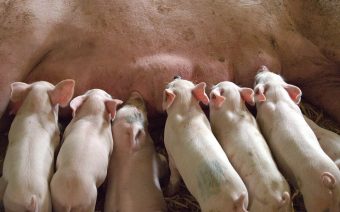 A leaked draft of a report on climate change and land use, which is now being debated in Geneva by the Intergovernmental Panel on Climate Change (IPCC), states that it will be impossible to keep global temperatures at safe levels unless there is also a transformation in the way the world produces food and manages land.

Humans now exploit 72% of the planet’s ice-free surface to feed, clothe and support Earth’s growing population, the report warns. At the same time, agriculture, forestry and other land use produces almost a quarter of greenhouse gas emissions.

In addition, about half of all emissions of methane, one of the most potent greenhouse gases, come from cattle and rice fields, while deforestation and the removal of peat lands cause further significant levels of carbon emissions. The impact of intensive agriculture – which has helped the world’s population soar from 1.9 billion a century ago to 7.7 billion – has also increased soil erosion and reduced amounts of organic material in the ground.

It is a bleak analysis of the dangers ahead and comes when rising greenhouse gas emissions have made news after triggering a range of severe meteorological events. These include news that:

• The heatwaves that hit Europe last month were between 1.5C and 3C higher because of climate change;

• Global temperatures for July were 1.2C above pre-industrial levels for the month.

This last figure is particularly alarming, as the IPCC has warned that rises greater than 1.5C risk triggering climatic destabilisation while those higher than 2C make such events even more likely. “We are now getting very close to some dangerous tipping points in the behaviour of the climate – but as this latest leaked report of the IPCC’s work reveals, it is going to be very difficult to achieve the cuts we need to make to prevent that happening,” said Bob Ward, policy director at the Grantham Research Institute on Climate Change and the Environment.

The new IPCC report emphasises that land will have to be managed more sustainably so that it releases much less carbon than at present. Peat lands will need to be restored by halting drainage schemes; meat consumption will have to be cut to reduce methane production; while food waste will have to be reduced.