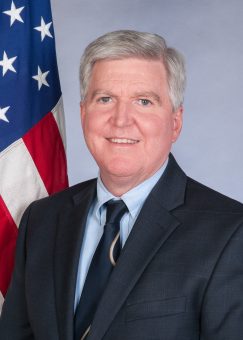 It is a well-known fact that in 2017, the United States of America withdrew from the Paris Agreement. By signing it, states have committed themselves to the fight against climate change but above everything, to limiting the average temperature rise that causes global warming.

Ever since then, the current American president has stated a few times that the United States would consider its re-approval if the agreement went through some modifications. Meanwhile, according to the U.S. ambassador in Serbia Kyle Scott, not only that the care about environmental protection has not been missed, but this field, side by side with renewable energy sources, has experienced a boom in his homeland.

In the interview with Kyle Scott, among other things, you will find out how the laws in the field of renewable energy are being passed and learn about the emergence of the ecological movement in the U.S. and about sectors in which Serbia could increase its profit.

EP: EP A’s report for 2015 and 2014 on the US recycling rate was almost at the same level and it was something below 25 per cent. Would you say that this percentage is good enough for the USA regarding the size of the country and population, and eventually, what is being done for its improvement?

Kyle Scott: We can always do better, but our recycling rate has increased from less than 7 per cent in 1960 to the current rate of about 35 per cent, according to the EP A. Recycling is critical not just from an environmental perspective, but also from a business point of view. In fact, a study from the EP A found that every 10,000 tons of materials recycled supports nearly 16 jobs and $760,000 in annual wages. Recycling laws in the U.S. also vary widely between states and cities. In many communities, you can now receive fines for not recycling, while others are not as strict. I also want to point out that the entire green movement behind recycling is truly grassroots. I work for the government but I believe the best solutions often come from individuals and small groups. In the U.S., our environmental movement came from citizens who were frustrated by the lack of progress in their government to protect what is most important to sustaining life: air, water, and food. The Endangered Species Act, Clean Air and Water acts, along with other groundbreaking environmental protection laws from the 1960s and 70s, were adopted by Congress and the President because citizens demanded changes. When I was growing up, for example, I remember reading stories about rivers in industrial parts of the U.S. actually catching fire because they were so polluted. These same rivers now support healthy fish populations. 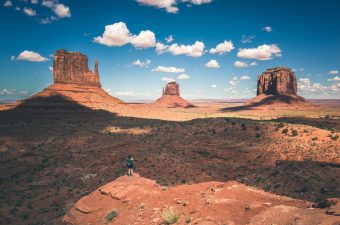 EP: Many American websites promote ecotourism, and it is a significant part for the future progress of tourism. Do you have any data on how important this is for Americans; do you work on promoting this type of tourism and if so, how do you do it?

Kyle Scott: From the coral reefs of Florida to the Great Lakes of the Midwest, and the Grand Canyon of my home state of Arizona, Americans are fanatics about enjoying their vast and beautiful natural landscape. In fact, the world’s first national park, Yellowstone, was established more than a century ago in the American West.

A half-century ago, we passed the Wilderness Act, which protected millions of acres of forest, grassland, and desert from all human development. Not only do these areas protect wildlife and supply us with clean air and water but local communities benefit from tourism. By some estimates, ecotourism contributed more than $730 billion to the U.S. economy last year. As the world becomes more and more crowded, I think ecotourism will become even more important both environmentally and economically speaking. Serbia has incredible potential in this regard. Your rivers, mountains, and forests have the potential to boost local economies by drawing these tourists. People who enjoy nature are often willing to spend a lot of money to have the opportunity to trek the mountains of eastern Serbia, ski the slopes of Kopaonik float down the Tara River, or watch birds in Fruska Gora.

EP: What campaigns have you run in the USA for the promotion of environmental protection, do you still have some that are active and is there any that could be useful to apply in Serbia?

Kyle Scott: The U.S. started massive anti-litter campaigns in the 1950s that focused on changing the actions of individuals – to help people understand that throwing trash from your car, for example, is indeed an insult to your own country. Volunteers routinely spend time cleaning up the environment in their communities. Schools teach children from the youngest ages the importance of protecting the environment and how actions such as dumping waste oil in a stream could poison fish and insects for decades. There’s now a broader national awareness of the need for individual action – the government plays a key role, but in the end, individuals decide whether or not to throw a cigarette butt out their car window, or recycle an aluminum can or use energy-efficient lighting in their homes. I would say that these educational campaigns have been quite successful, but they must start at a young age. As I mentioned earlier, Serbia is blessed with an amazing natural environment. Protecting this resource is good for the planet and will also help bring economic benefits to rural places, which often need them the most.

Read the whole interview in the new issue of the Energy portal Magazine on SUSTAINABLE AGRICULTURE March – May 2019.