In October 2018, a few former members of the Tenfore Road Arrow started the Electric Arrow. They strengthened the capacities of their team with some fresh ideas and people. And then, by clubbing together, they made a shift that humanity is striving for in the era of fight against climate change – from the internal combustion engine to electrodrive. They decided to put the knowledge that they collected in the previous team towards the realization of the most ambitious project so far. They faced a challenge to develop and construct a prototype of an electric racing car to be able to participate in the world’s most prestigious engineering contest Formula Student. The team’s leader Nikola Novakovic has presented the Electric Arrow to us, as well as its past and future targets.

At the beginning of the conversation, Novakovic has mentioned that the Electric Arrow is closely cooperating with the Road Arrow. “Essentially, we are functioning as one big team whose work is well shared”, he said.

Curiosity led us to learn more about the Formula Student contest. “Teams are designing and constructing a vehicle leaning onto a rule book that was brought by the best engineers from the car industry. For each part of the formula, each system, each discipline, and each document, some requirements must be met. Otherwise, the team is disqualified and has no right to further participation. Inspection of vehicles is carried out by engineers employed in the largest automotive companies, therefore there is no way for an irregularity to pass unnoticed”, explained Novakovic, giving us insights into the events outside the Formula Student circuits.

In 2008, the trend of reducing fossil fuels use had led to the emergence of the first electric formulas within the competition. Since 2012, these formulas have been given the chance to show off their performances side by side with the formulas with an internal combustion engine.

Who is believed to be the fiercest competition to the Electric Arrow within the contest and whose students are the most innovative in the field of electromobility? “German teams are the leading ones within the contest, as well as in the automotive industry,” Novakovic revealed to us. He added “that industrial branch has somehow become a part of their culture and that is why the teams also have the help of large companies and the state. In addition to the Germans, there are the Dutch, the Swedes, the English and others.” According to him, the Delft team started working on the autonomous vehicle with the Massachusetts Institute of Technology in the United States, and a large number of innovations that will emerge from this cooperation could help other contestants in the future. “We can certainly not expect that with our first constructed electric formula we will be able to compete with the teams that have years of experience and large companies supporting them, but we are heading in that direction regardless”, Novakovic concluded.

At the beginning of the next year, the team will be finishing developing the formula. With the advent of spring and nicer weather, it will be tested to the limit on the circuit. “The 2016 vehicle design represents a custom version of the Road Arrow vehicle from the same year. The drive of the vehicle, as well as other necessary systems, have been changed, while the chassis, suspension and aerodynamics have stayed unchanged or slightly modified to meet the rules of the competition. This year’s concept of a vehicle will contain a large number of innovations and will almost certainly not have a similarity to the design from the 2016 year. Each vehicle system has been drastically improved to allow students to learn about new things. A four-wheeldrive that allows the vehicle to have better dynamic characteristics and the first monocoque that will replace the tubular chassis and reduce the mass of the vehicle are the main innovations. Also, a battery that powers the engines tested in detail and adapted to meet requirements of the contest and safety requirements. It is necessary to project a battery management system with it. According to calculations, the new vehicle will have an acceleration of 0 to 100 km/h in 3 seconds and will be powered by a battery of nearly 600 V and a capacity of 7.7 kWh. Given that the team has already won the third place with the previous design in Italy, we expect to be placed among the first three with the improved concept, although the competition in the United Kingdom, where we are going this year, is stricter and more serious”, said Novakovic.

Read the whole article in the new issue of the Energy portal Magazine on ENERGY EFFICIENCY, June 2018. – August 2019. 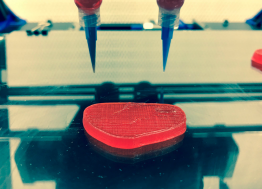