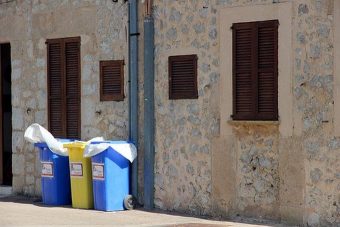 Wales again increased its overall recycling rate last year meaning it has now reached its target of recycling 64 per cent of household waste three years ahead of schedule, the Welsh government announced yesterday.

Provisional Welsh waste and recycling figures for the year ending March 2017 show 64 per cent of household waste was recycled, compared to 60 per cent during the previous year.

The latest data shows all but one local authority in Wales met the current 2016-17 target. Yet, although Blaenau Gwent council just missed the 58 per cent goal, but its 57 per cent rate was still an increase on the 49 per cent seen a year earlier.

The latest provisional figures put Wales well ahead of England, Scotland and Northern Ireland on recycling, with the overall figure for the UK hovering around the 44 per cent mark in 2015.

But yesterday’s data also reveals the total amount of household waste generated in Wales during the first quarter of this year from January to March fell by six per cent on the same period the year before, from 400,000 tonnes to 375,000 tonnes.

Meanwhile, compared to the same period the previous year, the amount of household waste generated per person in Wales also dropped by four per cent to 48kg during the first quarter of 2017.

“They reveal the waste we are generating is decreasing while the amount we recycle continues to rise,” she said. “We should be extremely proud of our recycling performance here in Wales. This is an area where we lead the way in the UK and indeed just two countries in the whole world recycle now more than we do.”

Last week the Welsh government announced a forthcoming consultation over plans to halve food waste by 2025, a target which Griffiths said she was “confident” Wales could achieve, adding that householders “clearly share our ambition for Wales to become a zero waste nation by 2050”.