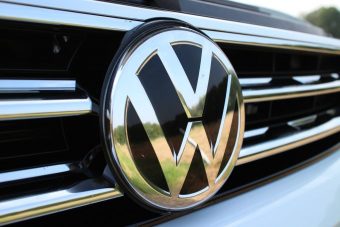 Volkswagen said it wants to be the world leader in electric cars by 2025 as it unveiled a major shift to clean-energy vehicles in the wake of the dieselgate emissions cheating scandal.

The US market, where the pollution crisis first erupted, will play a key role in the revamp, according to VW brand chief Herbert Diess. He announced a “comeback story” for the region, with plans for electric cars to be built in North America from 2021.

During a presentation at the group’s headquarters in northern Germany, Diess said: “By 2025 we plan to sell one million electric cars per year, and by then we also want to be the global market leader in electromobility.

“Going forward, our electric cars will be the hallmark of Volkswagen.”

Last year, Volkswagen sold 4.4m own-brand passenger cars worldwide. Diess said the company’s switch to electric will be made possible through new investments and economies of scale. He described the move as a crucial part of the troubled brand’s efforts to reinvent itself.

Last Friday, VW announced the biggest revamp in its history, saying it would cut 30,000 jobs to save €3.7bn a year by 2020. It also plans to ramp up investment in future technologies such as electric cars, self-driving cars and digitalisation.

“Our industry will undergo more fundamental change over the next 10 years than ever before,” Diess said. He predicted that the breakthrough of electric cars was just four or five years away and would be driven by environmental concerns.

“For most customers the electric car will soon be the better alternative,” he added.

The shakeup at Volkswagen’s core brand comes as it tries to recover from the biggest crisis in its history after it admitted last year to installing emissions-cheating software in 11m diesel vehicles.

The software could detect when a vehicle was undergoing regulatory tests. It then lowered emissions accordingly to make the cars seem less polluting than they were.

Most of the cars bore the Volkswagen logo but vehicles by other VW group companies such as Audi, Seat and Skoda were also affected. The scandal hurt sales and damaged VW’s reputation, resulting in the group’s first loss in more than two decades last year.

But even before the scandal, VW had been struggling with profitability, weighed down by high costs and low productivity. “The image of our brand has suffered from the diesel crisis, many people no longer trust us as they used to,” Diess said. “Our main task is to win back this trust.”

American customers were particularly turned off by the cheating scandal. This dealt another blow to a brand that has never been very popular in the US. VW is determined to change this, however. Diess said: “In North America we want to write a comeback story.”

The company will start by focusing on core segments such as large SUVs and limousines. Next, under the motto “Electrify America”, it will begin local production of its electric cars in the region in 2021.

“Nowhere else can you make more money by selling cars than in the United States,” Diess added.

Analyst Frank Schwope of Nord/LB bank said he was sceptical about VW’s ambitious US plans. He said the VW group had already taken a big hit there due to the diesel scandal. He pointed to its $14.7bn settlement with US authorities last month. This included compensation for nearly 500,000 owners of the affected vehicles, with more legal costs expected to follow.

Schwope added: “Even if for many Volkswagen executives the US is and has long been seen as a challenge, the country appears to be a bottomless pit for Volkswagen.”