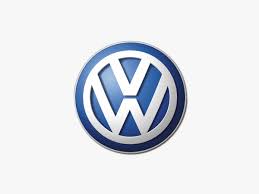 Volkswagen’s supervisory board had meeting on Wednesday  to approve a draft $4.3 billion settlement with the U.S. Justice Department, a key milestone in its attempts to recover from its emissions test cheating scandal.

Shares in Europe’s biggest carmaker rose more than 2 percent in early trading as investors welcomed the latest move to draw a line under the biggest business scandal in its 80-year history.

However, some said the 16-month saga could still have further to run, with U.S. authorities investigating who was individually responsible for the cheating and Volkswagen (VW) facing probes and lawsuits in Europe and elsewhere.

“This is a partial victory, but VW is by no means out of the woods yet,” said Ingo Speich, a fund manager at Union Investment which holds about 0.6 percent of VW preference shares. “There are still considerable litigation risks.”

“Facts need to be revealed now and, if necessary, further steps need to be taken regarding individuals to regain the trust of capital markets,” Speich added.

VW said after the market close on Tuesday it was in advanced talks over a civil and criminal settlement with the U.S. Justice Department over its diesel emissions test cheating, and planned to plead guilty to criminal misconduct.

It warned the deal exceeded the 18.2 billion euros ($19.2 billion) it has set aside to cover the costs of its wrongdoing, and it has yet to quantify the impact on its 2016 group results.

The settlement will allow investors to refocus on VW’s fundamental business, though there is uncertainty over the total cash required given exchange rate moves and the number of diesel cars VW may need to repurchase, Barclays analysts said in a note, keeping an “overweight” rating on the stock.

VW admitted in September 2015 to installing secret software in hundreds of thousands of U.S. diesel cars to cheat exhaust emissions tests and make them appear cleaner than they were on the road, and that as many as 11 million vehicles could have similar software installed worldwide.

Despite the scandal, the group said on Tuesday it notched up record sales last year, led by premium brands Audi and Porsche, though analysts say it may have offered big discounts on VW brand cars which have suffered most from the crisis.