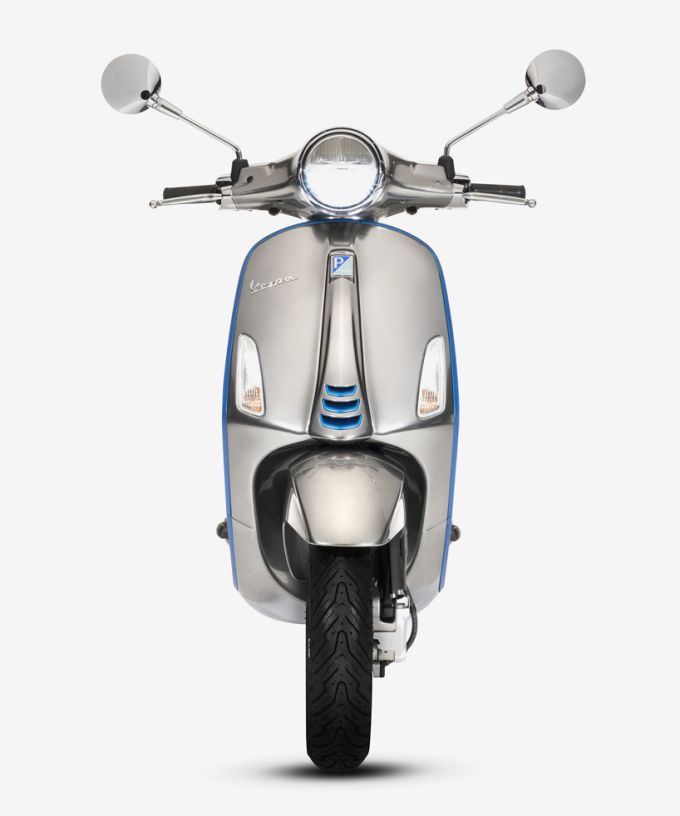 One year to the day from the announcement that Vespa was getting its first electric option, parent company Piaggio has returned to the Milan Motorcycle Show and let loose (almost) all the information about the forthcoming scooter. What’s missing, unfortunately, is the price. There’s also no exact window on when it will ship in 2018. But eager customers from around the world will be able to preorder it in the spring.

The Vespa Elettrica will have a range of 100 kilometers. Like with most electric vehicles, that number will be flexible and will depend on how you ride it. But for comparison, 100 is about three times less than the 280 kilometers range of the 50cc Vespa Primavera, one of the most affordable scooters in the company’s current lineup.

Piaggio says the Elettrica should have “superior performance” to a 50cc scooter, but even if that’s true — which is possible considering the jolting acceleration you typically get with electric motors — it will come at the cost of range. That’s probably why, despite confusingly boisterous claims, like “no vehicle in the world is now as in line with zero-emission propulsion as Vespa,” Piaggio also coyly admits in the Elettrica press release that the scooter is “perfect for city environments”. 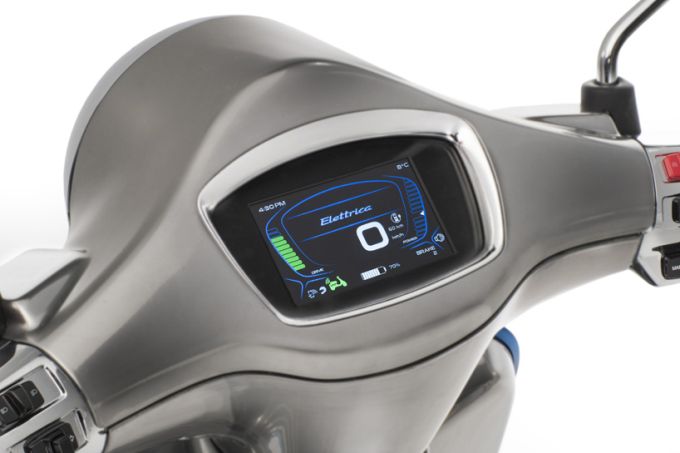 Four hours of charging from a “normal wall outlet” will bring the batteries back up to full, according to Piaggio. The company says buyers should expect about 10 years (or about 50,000 and 70,000 km) of use out of the Vespa Elettrica before those batteries bite the proverbial dust, and warns that after 1,000 charge cycles the scooter will only have about 80 percent of its original capacity. There’s no word yet on whether it will be possible to replace the battery. For those who are overly conscious about range or wear, Vespa will also sell a hybrid version with a gas-powered generator called the Elettrica X that can stretch to 200 kilometers.

On the more technological side, the Vespa Elettrica has a 4.3-inch TFT color display between the handlebars that shows information like speed and range and charge level. A Vespa Elettrica app will allow users to connect to the scooter over Bluetooth so that the scooter can serve up messages and incoming phone calls. The app will also be able to relay diagnostic information about the scooter, as well as locate it on a map.

In press images, Piaggio is showing off the same silver scooter from last year, which is lined with an electric blue trim; the company says buyers will be able to customize that trim by choosing from seven different colors. The Elettrica X, meanwhile, comes standard, accented by a yellowish-orange trim.