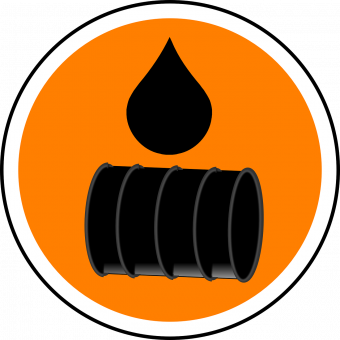 Before the sun rose Thursday, Kirk Atwater’s wakeup call was a noxious breeze that filled his bedroom with fumes.

He stepped out of his ranch that overlooks an arroyo in the Ventura hills and saw a creek of thick, black goo traveling through the canyon that was dry just the day before.

A pipeline valve had somehow opened and sent thousands of gallons of crude oil down into an arroyo that flows through the city of Ventura and reaches the ocean near the Ventura Pier.

Atwater, 56, called 911 and the oil pipeline company. His early notice helped officials stop the oil in a drainage basin before it reached the ocean, but not before an estimated 29,400 gallons of unrefined crude bled into the canyon.

It marked the latest significant oil spill in California and underscored the hazards of the oil and natural gas industry along the Central Coast, where last year a corroded pipeline spewed 143,000 gallons of crude oil onto Refugio State Beach in Santa Barbara.

“There’s no excuse for this happening,” said Henning Ottsen, a 74-year-old engineer who has lived for more than three decades across the canyon from where Thursday’s spill originated. Some of the oil flowed onto his property, coating rocks and foliage with black tar.

“We know the oil fields are back in the hills,” he said. “It should be assured they take care of the infrastructure and not let this sort of thing happen.”

County officials initially estimated that up to 210,000 gallons had flowed out of the pipe, but they later downgraded the figure. The oil flowed down a steep canyon slope and traveled about half a mile through Prince Barranca, a gorge that typically fills with water during storms.

The oil then pooled in a storm water basin, allowing officials to block the crude from flowing farther.

“There’s no way it can get to the ocean,” Ventura County firefighter Marisol Rodriguez said.

Still, residents were concerned that the toxic liquid would harm wildlife. Ottsen, whose ranch and garden sit about 60 feet above the barranca, said he typically sees coyote, deer and mountain lion tracks in the dirt during the mornings.

“It’s a freeway for the animals,” he added.

Capt. George Struble of the state Department of Fish and Wildlife said there were no reports of animals affected.

The cause of the spill is under investigation by a team of state and federal agencies, according to Ventura County Fire Department Capt. Mike Lindbery. Investigators with the state Office of Spill Prevention also arrived to assess the site, an agency spokeswoman said.

Owned by Colorado-based Crimson Pipeline LLC, the 10-inch underground pipeline was installed in 1941 and is up to date on state and federal inspections, according to Kendall Klingler, a spokeswoman for the company.

The pipeline, however, had been undergoing maintenance Wednesday and was not at its full rate of flow or pressure, Klingler said. The valve that was the source of the oil had been replaced Wednesday, she added.

The pipeline company offered a lower estimate of the spill than county officials, saying that no more than 25,200 gallons had been released.

Crimson Pipeline is responsible for the cleanup effort and deployed contractors to lay down large, absorbent booms in the barranca to mop up the crude. On Thursday afternoon, workers in white haz-mat suits hiked down to the canyon with industrial pumps and planned to vacuum the pools of liquid that formed along the riverbed. A caravan of trucks would then haul the liquid away.

Officials could not provide a timetable for the cleanup.

State agencies were working in concert with the pipeline company to monitor the cleanup effort, Klingler said. 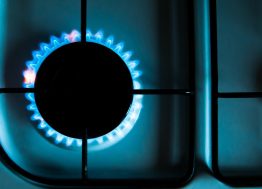 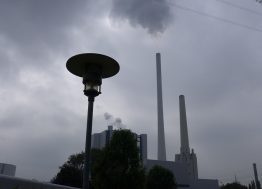