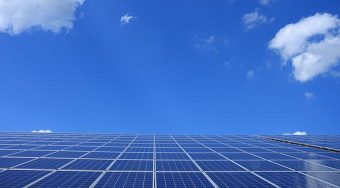 The unprecedented success of the Rewa and Bhadla solar power auctions has promoted several Indian states to undertake similar auctions.

Now, Uttar Pradesh is planning to acquire 750 megawatts of solar power from a project located within the Bhadla solar power park in the neighboring state of Rajasthan.

The power generated at the Bhadla solar power park will be transmitted to power utilities in Uttar Pradesh at no additional charges, as the MNRE has exempted solar and wind energy projects from inter-state transmission and wheeling charges.

This off-site model of solar power procurement has been in practice for a while now. The state of Haryana had auctioned projects that would be installed in Rajasthan. Better solar radiation, availability of barren land, and existing transmission infrastructure makes Rajasthan an apt location to set up large-scale solar power projects.