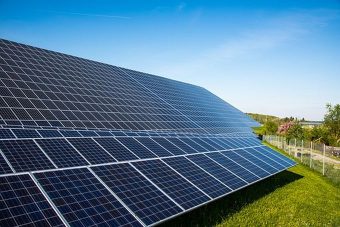 The US Solar Energy Industries Association (SEIA) is warning the price of solar technologies could double if President Trump approves proposals to impose new import tariffs on Chinese solar panels.

The US International Trade Commission (ITC) opened the door for potential new tariffs late last week with a ruling that cheap imports have harmed US manufacturers. The commission will consider potential remedies over the next few months to aid US manufacturers with the final decision on what steps to take expected to be made by the President ahead of a January deadline.

The decision represents a victory for solar manufacturers Suniva and SolarWorld Americas, which brought the case to the ITC after running in to financial difficulties that they blamed on low cost overseas competition, primarily from China.

However, many firms within the wider solar industry were quick to condemn the move, arguing it could significantly increase the cost of solar technologies.

“The ITC’s decision is disappointing for nearly 9,000 US solar companies and the 260,000 Americans they employ,” said Abigail Ross Hopper, president and CEO of the Solar Energy Industries Association (SEIA), in a statement. “Analysts say Suniva’s remedy proposal will double the price of solar, destroy two-thirds of demand, erode billions of dollars in investment and unnecessarily force 88,000 Americans to lose their jobs in 2018,” she added.

According to news agency Bloomberg, Suniva is reportedly calling for import duties of 40 cents a watt for solar cells, as well as a floor price of 78 cents a watt for panels, which currently average about 32 cents worldwide.

Juergen Stein, CEO and president of SolarWorld Americas, said the decision was an “important step toward securing relief from a surge of imports that has idled and shuttered dozens of factories, leaving thousands of workers without jobs”.

“In the remedy phase of the process, we will strive to help fashion a remedy that will put the US industry as a whole back on a growth path,” he added. “We will continue to invite the SEIA and our industry partners to work on good solutions for the entire industry. It is time for the industry to come together to strengthen American solar manufacturing for the long term.”

However, in a sign of the tensions the case is likely to enflame, Ross Hopper said the SEIA expected to be “front and centre” in the ITC remedy process.

“As the remedy phase moves forward, I am determined to reach a conclusion that will protect the solar industry, our workers and the American public from what amounts to a shakedown by these two companies,” she said. “An improper remedy will devastate the burgeoning American solar economy and ultimately harm America’s manufacturers and 36,000 people currently engaged in solar manufacturing that don’t make cells and panels.”

However, concerns are mounting across the industry that a White House that has expressed support for protectionist policies and hostility towards clean technologies could now use the ruling to effectively hamper the development of solar projects.

Project pipelines are also likely to be hit in the short term as developers respond to the uncertainty over future pricing levels.

Bloomberg reported that the “serious injury” complaint used in the case – which only requires US firms to prove their business has been damaged, not that foreign firms have broken any rules – had fallen out of favour in recent decades as sitting President’s typically rejected requests for new trade barriers.

However, the fear across the solar development sector is that President Trump has been handed a mechanism for introducing new protectionist policies.