The U.S. Forest Service has offered Nestlé Waters North America a three-year permit on water rights in the San Bernardino National Forest, allowing the company to continue to take millions of gallons of water from the site. Under the proposed agreement, Nestlé would draw from the Strawberry Creek watershed “when there is water available consistent with the forest’s Land Management Plan” for its various bottled water brands, including Arrowhead. If California returns to severe drought conditions, the Forest Service could further limit natural resource access. 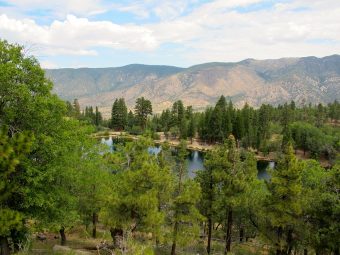 The Forest Service says it will work with the Swiss company to study the watershed and determine future management plans. The watershed is currently rated as Class Three “Impaired Function,” the worst watershed functionality class. An “impaired” watershed exceeds “physical, hydrological or biological thresholds,” with major changes needed to restore the watershed to functioning status.

“[The decision ensures] the water withdrawal and conveyance infrastructure is under a current permit,” U.S. Forest Service District Ranger Joe Rechsteiner explained to the Associated Press. “And it provides for protection of forest resources.”

In 2015, the Center for Biological Diversity in Oakland, Calif. sued the Forest Service to block Nestlé from using the watershed, arguing the conglomerate was operating without a valid permit. A federal judge allowed continued water collection for bottling, while regulators considered a new permit. In its permit renewal application, the company cited 70 environmental studies to support its continued watershed usage.

Arrowhead’s use of the Strawberry Creek watershed dates back to 1909, when the Arrowhead Springs Company was formed. Nestlé must accept the agreement within 60 days. In a statement to the AP, Nestlé noted they would “carefully review the specifics of the decision.”