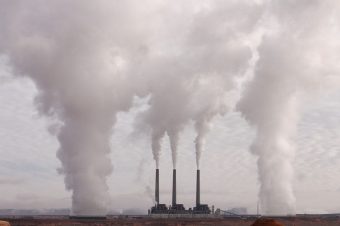 Between 1990 and 2015, the United Nations Industrial Development Organization (UNIDO) helped avoid the use and potential emission of 340 million tons of CO2-equivalent per year. This is equivalent of 71 million passenger vehicles driven for a year.

These figures were announced by UNIDO, an implementing agency of the Montreal Protocol, in connection with the International Day for the Preservation of the Ozone Layer being marked today.

The Day commemorates the signing of the Montreal Protocol on Substances that Deplete the Ozone Layer, which was entered into force in 1989 to reduce the consumption and production of chemicals that deplete the ozone layer.

UNIDO’s work under the Montreal Protocol not only helps to preserve the ozone layer, but also to prevent climate change, as ozone depleting substances are also greenhouse gases. Since becoming an implementing agency of the Multilateral Fund for the Implementation of the Montreal Protocol in 1992, UNIDO has assisted developing countries to phase out ozone depleting substances and switch to ozone- and climate-friendly alternatives, through a range of programmes that promote inclusive and sustainable industrial development. “We are very proud of the accomplishments achieved by UNIDO today,” said Stephan Sicars, Director of UNIDO’s Environment Department.

“However, a new challenge awaits. It relates to the potential inclusion of a phase-down of hydrofluorocarbons (HFCs) under the Montreal Protocol. HFCs, while not ozone depleting substances, are potent greenhouse gases. In October, the phase-down of these substances will be discussed at a meeting of national delegates that will take place in Rwanda.”