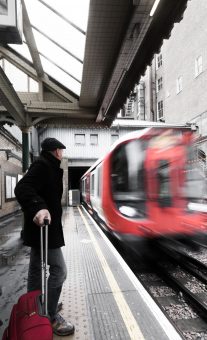 The sweltering temperatures on the tube’s Northern line will soon begin keeping homes in Islington, north London, cosy through the colder months, under a scheme to harness the heat from the underground.

By the end of the year the project will pipe heat from the underground into hundreds of homes and businesses that are part of a heating scheme in the borough. The project is one of a growing number of schemes across the UK designed to warm homes using “waste heat” from factories, power plants, rivers and disused mine shafts.

The hunt for alternative sources of renewable heat has gained pace after the government’s pledge to ban gas-fired boilers from new-build homes from 2025.

The Islington heat network already keeps about 700 homes warm by channelling heat created in the Bunhill Energy Centre, which generates electricity, into local council housing, schools and a leisure centre.

The next phase of the project, which is due to be completed in the coming months, will extend the network to a further 450 homes.

The tube project could pave the way for district heating schemes across the capital to warm homes with cheap, low carbon heat from underground lines.

The Greater London Authority (GLA) estimates there is enough heat wasted in London to meet 38% of the city’s heating demands.

Tim Rotheray, director of the Association for Decentralised Energy, said district heating schemes were mushrooming across the UK as a low-cost tool in tackling the climate crisis.

“Almost half the energy used in the UK is for heat, and a third of UK emissions are from heating. With the government declaring that we must be carbon-neutral within 30 years we need to find a way to take the carbon out of our heating system,” he said.

“The opportunity that has become clear to the decentralised energy community is the idea of capturing waste heat and putting it to use locally.”

In urban and industrial settings, waste heat is produced wherever there are cooling systems, thermal power plants or heavy industry. The key to harnessing heat is to use it locally.

British Sugar’s factory in Wissington, Norfolk, pipes excess heat produced from cooking syrup into a neighbouring 18-hectare (45-acre) greenhouse used to grow medical cannabis. It also pumps some of its carbon emissions into the greenhouse for the plants to convert to oxygen.

An even greater source of heat lies below many of Britain’s towns and cities: in the geothermal energy trapped in water at the bottom of old mines. Stoke-on-Trent is working on a £52m project to tap energy from hot water deposits deep underground. This will heat conventional water before it is pumped through the network to customers.

Stoke city council estimates the scheme, which will be operational by the winter of 2020, could cut its carbon emissions by an estimated 12,000 tonnes a year.