The Intergovernmental Panel on Climate Change (IPCC) released its highly anticipated report Sunday on what needs to be done to limit global warming to 1.5 degrees Celsius above pre-industrial levels. The answer: social and technological change on a scale for which “there is no documented historic precedent,” The Washington Post reported.

The IPCC, a UN body formed to give policy makers accurate scientific information about climate change, was asked to prepare the report as part of the Paris agreement. The final draft included the work of 91 researchers from 40 countries and cited more than 6,000 scientific resources, the Huffington Post reported. It was released following a summit in Incheon, South Korea.

The report offers a narrow window for rapid climate action: By 2030, emissions would have to fall to 45 percent below 2010 levels. By 2050, all or nearly all coal burning must stop.

“It’s like a deafening, piercing smoke alarm going off in the kitchen. We have to put out the fire,” UN Environment Executive Director Erik Solheim told The Washington Post.

While the report laid out the difficulties of limiting warming to 1.5 degrees, it also reinforced the importance of doing so. Allowing the planet to warm a full 2 degrees, the upper limit set up by the Paris agreement, could have devastating consequences.

Limiting warming to 1.5 degrees instead of 2 would: 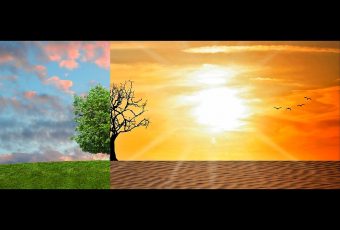 Limiting warming to 1.5 degrees would also require technological innovation. The percentage of electricity the world gets from renewable energy would have to increase from the current 24 percent to 50 to 60 percent within the next decade. Transportation would have to rapidly increase its transition to electric vehicles and fossil fuel plants would need to be equipped with carbon capture and storage technology to prevent greenhouse gas emissions from entering the atmosphere and then store them in the ground.

The report also calls for converting land from agriculture to forests for carbon storage, and an untested technology called bioenergy with carbon capture and storage, or BECCS, which works by growing crops for energy, then capturing the carbon and storing it underground.

“Even if it is technically possible, without aligning the technical, political and social aspects of feasibility, it is not going to happen,” Center for International Climate Research in Oslo Research Director Glen Peters told The Washington Post. “To limit warming below 1.5 C, or 2 C for that matter, requires all countries and all sectors to act.”

But that kind of cooperation has been made more difficult by the decision of U.S. President Donald Trump to withdraw the high-emitting country from the Paris agreement.

“Today the world’s leading scientific experts collectively reinforced what mother nature has made clear—that we need to undergo an urgent and rapid transformation to a global clean energy economy,” former U.S. Vice President and climate action advocate Al Gore told CNN. “Unfortunately, the Trump administration has become a rogue outlier in its shortsighted attempt to prop up the dirty fossil fuel industries of the past. The administration is in direct conflict with American businesses, states, cities and citizens leading the transformation.”