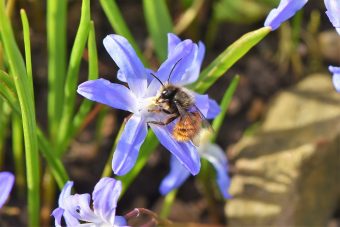 Governments agreed on actions that will accelerate implementation of global biodiversity targets, and enhance the linkage of the biodiversity agenda with other global agendas including the Sustainable Development Goals, the Paris Climate Agreement and others.

Governments from 167 countries agreed on a variety of measures that will intensify the implementation of the Aichi Biodiversity Targets, including mainstreaming, capacity-development and mobilization of financial resources as well as actions on specific themes including protected areas, ecosystem restoration, sustainable wildlife management and others.

Governments followed through on the commitments in the Cancun Declaration made by ministers at the high-level segment of the meeting that took place on 2 and 3 December 2016. Parties agreed to advance mainstreaming biodiversity, the main theme of the meeting proposed by the Government of Mexico and use an integrated approach that would promote not only cross-sectoral linkages, but also linkages between efforts to implement national biodiversity strategies and action plans and Sustainable Development Goal strategies and plans.

“Governments demonstrated their commitment to achieving the Aichi Biodiversity Targets, and showed that the biodiversity agenda is central and essential to the global sustainable development and climate change agendas,” said Braulio Ferreira de Souza Dias, Executive Secretary to the Convention on Biological Diversity. He also said: “With the integration of three meetings addressing the Convention and its two Protocols, the world community also realized the importance of the Cartagena Protocol on Biosafety and the Nagoya Protocol on Access to Genetic Resources and Benefit Sharing in effectively contributing to the Targets and sustainable development”

“We received impressive commitments from governments, including excellent ones from the government of Mexico, in support of many of the Aichi Biodiversity Targets which gives us the momentum we need to achieve our goals by 2020.”

“The agenda of mainstreaming biodiversity provided Mexico with the momentum to conclude agreements which had eluded us for decades, such as the alignment of agricultural subsidies to preserve forests, or the protection of a vast proportion of our seas,” said Rafael Pacchiano Alamán, Secretary of Environment and Natural Resources of Mexico.

“For the next two years, Mexico will work with countries to translate the principles of the Cancun Declaration into legislation, policies and actions to meet the commitments we made.”

“We applaud and support the global community’s commitment made during this COP to integrate biodiversity considerations into the activities of other critical sectors of our economies: agriculture, fisheries, forestry, and tourism; and value it’s natural capital for sustainable development, as expressed in the Cancun Declaration” said Naoko Ishii, Chief Executive Officer of the Global Environment Facility.

“The GEF, as the financial mechanism of the convention, is proud to have been confirmed in its critical role to support countries to meet their commitments under the Convention and its Protocols. We also feel encouraged by the strong support of many donor and recipient countries to maintain consistency with our current biodiversity programming strategy with integrated approaches in response to the Strategic Plan for Biodiversity, while seeking out new innovative and creating financing opportunities” she said.”

The Parties also welcomed the Biobridge Initiative established at COP 12 by the Government of the Republic of Korea to contribute to the implementation of the Strategic Plan for Biodiversity 2011-2020 and achievement of the Aichi Biodiversity Targets.

The ‘Thematic Assessment of Pollinators, Pollination and Food Production’ by the Intergovernmental Science-Policy Platform on Biodiversity and Ecosystem Services (IPBES) was discussed. The COP encouraged Parties, other Governments, relevant United Nations and other organizations, as well as multilateral environment agreements, and stakeholders to use the assessment, as appropriate, in particular the responses outlined in the document to help guide efforts to improve conservation and management of pollinators, address drivers of pollinator declines, and work towards sustainable food production systems and agriculture. 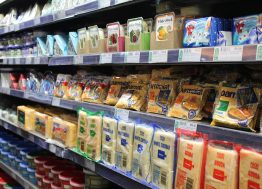