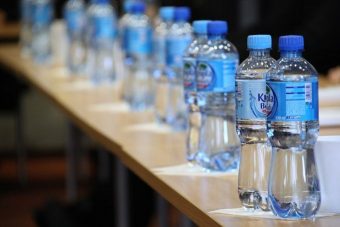 A deposit return scheme for single-use plastic drink bottles will be introduced this year in the UK, with the idea being to improve the rate of plastic bottle recycling and thus to reduce litter.

The new plans echo some of those put into place in recent years in a number of other countries in the region (and elsewhere in the world, as well), including in Germany, Sweden, and Denmark.

To provide a basic overview: customers are charged a bottle deposit when buying a drink in a plastic bottle, which can then be redeemed for money or store credit (often via automated return systems) if brought back empty.

The UK’s environment minister Michael Gove was quoted in a public statement on the matter as saying: “We can be in no doubt that plastic is wreaking havoc on our marine environment — killing dolphins, choking turtles, and degrading our most precious habitats. It is absolutely vital we act now to tackle this threat and curb the millions of plastic bottles a day that go unrecycled.”

The new plans are subject to public consultations later this year, reportedly.

Reuters provides more: “British consumers get through about 13 billion plastic drink bottles a year but more than 3 billion are either incinerated, sent to a landfill, or left to pollute streets, the countryside, and marine environment, the government said…The consultations will focus on the details of how the scheme will work along with other measures to increase recycling rates.

“A possible alternative to the deposit return scheme is cash rewards for returning drink containers, the government said. This is often executed by a network of ‘reverse vending machines’ through which a plastic or glass bottle can be inserted into one and the machine returns money.”

These plans follow on the imposition of mandatory plastic bag fees in the UK in 2015 and represent part of a broader push to reduce plastic litter. While such plans aren’t enough on their own to “deal with” the vast problem of plastic pollution, they would/will likely to help to reduce it to a notable degree.