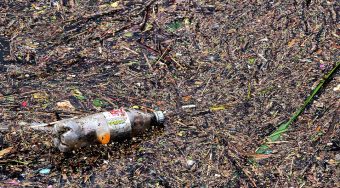 Visitors to some of the UK’s most popular tourist attractions are to be offered half-price entry in exchange for used plastic drinks bottles, as part of a trial starting on Wednesday which gives instant incentives for recycling.

In a tie-up between theme park operator Merlin and drinks giant Coca-Cola, a series of so-called “reverse vending machines” will be installed outside the entrances of Alton Towers, Thorpe Park, Chessington World of Adventures and Legoland.

In a bid to boost flagging recycling rates and tackle plastic litter, the machines will reward users depositing any 500ml plastic bottle with half-price discount vouchers which can be redeemed at all 30 Merlin attractions in the UK.

The initiative – which will run until mid-October – follows research by Coca-Cola which reveals that 64% of Britons would recycle more if they were rewarded instantly for their actions.

At present, just 43% of the 13bn plastic bottles sold each year in the UK are recycled, and 700,000 are littered every day. Pressure is growing on the government, retailers and consumers to increase rates of plastic bottle recycling and cut marine pollution. In March, the environment secretary, Michael Gove, announced plans to launch a mandatory deposit system for bottles and cans in the UK, although details are still being worked out.

Conventional deposit return schemes – in operation in 38 countries – typically involve an upfront deposit which is refunded to consumers who return their bottles and cans. Fees vary depending on the size of the bottle or can and many increasingly use new “reverse vending machines” to automate the return.

“We want to reward people for doing the right thing by recycling their bottles and hope to encourage some people who wouldn’t otherwise have done so,” said Jon Woods, general manager of Coca-Cola UK & Ireland. “All of our bottles can be recycled and we want to get as many of them back as possible so they can be turned into new bottles and not end up as litter.”

Meanwhile, the Co-op – the first UK retailer to launch a deposit return scheme trial with reverse vending machines – is reporting positive feedback from thousands of visitors to major summer music festivals, with high take-up rates and reduced littering. Through a link-up with organiser Festival Republic, the machines have been used at Co-op pop-up stores at Download and Latitude, with Reading and Leeds festivals to follow at the end of August. Users receive a voucher to spend, while the collected bottles go on to be recycled to create bottles for the Co-op’s own-brand water.