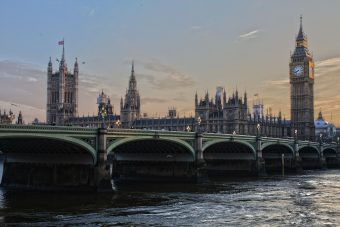 The UK is second only to Italy in Europe for the highest number of annual deaths from a major air pollutant, a report has found just days after a court gave UK ministers a deadline for drawing up a stronger air quality plan.

The European Environment Agency said the UK had 11,940 premature deaths from nitrogen dioxide (NO2) in 2013. This is down from 14,100 in 2012, but still the second worst in Europe. The toxic gas is mostly caused by diesel vehicles and is linked to lung problems.

The agency also revealed that the UK is home to the worst NO2 hotspot in Europe. Marylebone Road in London recorded the highest annual mean levels of the pollutant, more than double than double the legal EU limit.

Campaigners said the data was a reminder that the UK, which has been in breach of EU limits on NO2 since 2010, needed to take tougher action.

James Thornton, the CEO of law firm ClientEarth, which brought the court case, said: “Today’s EEA report puts the UK in an unwanted position near the top of the table when it comes to premature deaths from exposure to NO2 pollution. The UK government should be ashamed of these figures and must act now to protect the health of people in this country.”

Italy and UK both a similar proportion of diesel cars, but the NO2 problem in Italy is also compounded by industrial sources of the pollutant in urban and suburban areas, experts at the EEA said.

Across Europe, the EEA estimated that 71,000 people died prematurely in 2013 because of NO2 pollution. While the pollutant has been on a downward trend since the turn of the century because of stricter diesel car standards, more than one in 10 monitoring stations in Europe still breach NO2 limits, the agency found.

Hans Bruyninckx, the EEA’s executive director, said: “Emission reductions have led to improvements in air quality in Europe, but not enough to avoid unacceptable damage to human health and the environment.”

The report comes as MEPs in the European parliament on Wednesday arpproved caps for five air pollutants, including NO2, to come into force in 2030. The new national emissions ceilings rules are expected to halve the number of deaths from air pollution.

Catherine Bearder, a Liberal Democrat MEP, said: “If I had become a doctor instead of a politician I would be prescribing a serious health warning to the UK government today. The UK government have approved a third runway at Heathrow airport even though they know that air pollution around the airport is already dangerously above legal levels of nitrogen dioxide.”