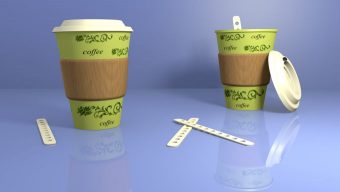 More than 2.5m disposable cups have been purchased by the UK’s environment department for use in its restaurants and cafes over the past five years – equivalent to nearly 1,400 a day.

The Liberal Democrats’ environment spokesman, Tim Farron, said the revelation, obtained through a freedom of information request, showed Michael Gove “needs to get his own house in order” in light of his public pledges to tackle the growing scourge of plastic pollution.

The Lib Dems revealed that 516,000 disposable cups had been purchased by the Department for Environment, Food and Rural Affairs’ (Defra) catering contractors in the last year alone, under two separate outsourced contracts for use in catering outlets across its sites. The figure was 589,700 in 2016 and 785,100 the previous year.

The catering contractors did not previously provide any reusable cups, but purchased 200 reusable cups on 31 October 2017.

Separate figures uncovered by the Lib Dems have revealed the House of Commons itself is also failing to get to grips with disposable cup waste, using almost 4m disposable cups in the past five years.

An estimated 3bn paper cups are thrown away in the UK every year, but it was revealed last year that less than one in 400 is recycled, meaning that millions end up in landfill. The plastic lining in cups means they cannot be recycled in normal depots and have to be put in special bins and sent to one of three dedicated recycling mills.

The Liberal Democrats are calling for the introduction of a 5p charge on disposable coffee cups in the budget, following the success of the plastic carrier bag charge which has reduced usage in England by 85 per cent since it was introduced in October 2015.

The chancellor, Philip Hammond, is expected to announce in Wednesday’s budget a “call for evidence” on how taxes or other charges on single-use plastics such as takeaway cartons and packaging could reduce the impact of discarded waste on marine and bird life. Under Defra’s litter strategy launched in April, a working group has been set up drawing together industry and retailers to develop further practical steps to tackle plastic waste.

“It’s astounding that the department which is supposed to be protecting our environment is responsible for such a colossal amount of waste” said Farron. “Millions of plastic cups have been thrown away by the government, some of which will now be polluting our seas, rivers and countryside. Michael Gove needs to get his own house in order. A coffee cup charge should be introduced in the budget to tackle waste and encourage the use of reusable cups, including in the civil service and parliament.”

A spokesperson for Defra said: “We are committed to reducing unnecessary waste within the department and these figures show the number of disposable cups used has fallen by more than half since 2013. We are working with our suppliers to see what more can be done to further cut their use and promote recycling.”