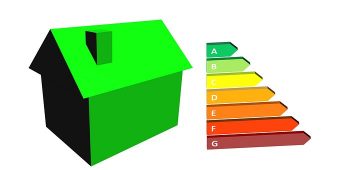 But while the sector has received a boost in orders in the aftermath of the vote, the value of orders has taken a dip, with just 10 per cent of projects commissioned in the final quarter of 2016 valued at more than £500,000, compared to 22 per cent in the previous quarter and 24 per cent in the second quarter.

“This quarter’s results represents something of a double-edged sword for the sector,” said EEVS director Ian Jeffries. “On the upside, supply-side confidence increased on the back of strong order book growth. But on the flip-side, our analysis shows that the value of consumer spending per order dipped. So whilst organisations were content to make positive purchase decisions, a degree of ongoing caution means that the value of those purchases tightened in the final quarter of 2016.”

This caution may be due to a lack of confidence in the national policy environment – just 12 per cent of suppliers believe there is adequate government support for the sector, according to the data.

The government has promised to insulate one million homes by the end of this Parliament.

However, critics have noted that the one million homes target represents a slowdown on the pace of energy efficiency upgrades achieved during the last parliament and the government is under mounting pressure to reform the policy landscape to spur higher uptake of energy efficiency measures, particularly in the domestic sector.