Britain would run out of food on this date next year if it cannot continue to easily import from the EU and elsewhere after Brexit, the National Farmers’ Union has warned. 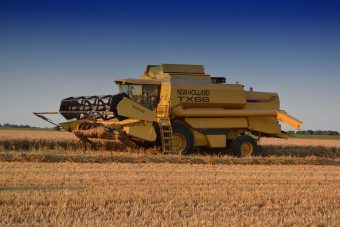 Minette Batters, the NFU president, urged the government to put food security at the top of the political agenda after the prospect of a no-deal Brexit was talked up this week.

“The UK farming sector has the potential to be one of the most impacted sectors from a bad Brexit – a frictionless free trade deal with the EU and access to a reliable and competent workforce for farm businesses is critical to the future of the sector,” she said.

Batters’ warning comes a fortnight after the Brexit secretary, Dominic Raab, said Britain would have “adequate food supplies” after Brexit.

While Downing Street has insisted it is confident an agreement can be made in time, the international trade secretary, Liam Fox, warned over the weekend that the prospect of a no-deal Brexit was now at “60-40”, fuelling fears at the NFU and among food importers.

Food security in Britain is in long-term decline, with the country producing 60% of what it needs to feed itself, compared with 74% 30 years ago, according to figures from the Department for Environment, Food and Rural Affairs (Defra).

In a statement issued by the NFU, Batters expressed concern that Britain would not be able to meet its food needs if Brexit was mismanaged.

Research showed 7 August 2019 would be the nominal day that Britain would run out of food if it were asked to be wholly self-sufficient based on seasonal growth, the NFU said.

The calculation of the “notional date” by which time Britain would run out of food has been used as a measure of Britain’s food security for several years by experts concerned about the decline in home-grown food.

The temperatures of the past few weeks have put Britain’s food production capabilities into sharp focus and underlined concerns.

Batters said the consequences of there being no agreement could be mitigated if the government took immediate action and gave domestic production its “unwavering support”.

Changing eating habits over the past three decades have helped fuel the increasing reliance on food grown overseas, with perishable items such as tomatoes, lettuce and citrus fruits expected to be available all year round.

But global economics have also contributed to imbalances in foods that can be produced in the UK.

According to figures from the Agriculture and Horticulture Development Board, the UK is a net exporter of meat, but relies heavily on imports such as bacon from Denmark, which exports 90% of its pork.

Defra statistics showed the next most vulnerable food category after fruit is fresh vegetables, with 57% of UK requirements produced in Britain, followed by pork at 61% and then potatoes, of which 25% are imported.

Britain exports more milk and cream products than it produces, and imports almost three times as much cheese as it exports, almost twice as many eggs and almost 20 times as many fresh vegetables, according to HMRC statistics for 2017.

Among the few surplus products are whisky and salmon.

The NFU said the figures showed Brexit is an opportunity for British food producers to redress the balance.

“The statistics show a concerning long-term decline in the UK’s self-sufficiency in food and there is a lot of potential for this to be reversed,” Batters said.

“And while we recognise the need for importing food which can only be produced in different climates, if we maximise on the food that we can produce well in the UK, then that will deliver a whole host of economic, social and environmental benefits to the country.”