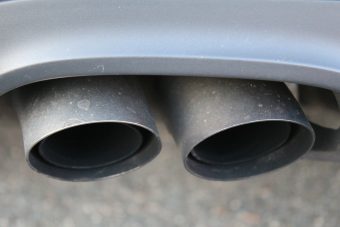 Average new car CO2 emissions fell to an all-time low for the 19th consecutive year in 2016 thanks to billions of pounds of investment in advanced engine, fuel and battery technology and lighter vehicles, according to UK car industry body SMMT.

Yet the Society of Motor Manufacturers and Traders warned the rate of CO2 reduction from new cars is slowing, in part because an “anti-diesel agenda” is driving more consumers to choose petrol vehicles – a shift that could make it harder for the industry to meet its emissions targets.

Although diesel cars generally emit less carbon dioxide, they are responsible for high levels of other airborne pollutants including nitorgen oxide (NOX). Earlier this week, air quality campaigners urged Chancellor Philip Hammond to increase vehicle excise duty (VED) for new diesel cars in next week’s budget in order to fund a diesel scrappage scheme, while London Mayor Sadiq Khan is planning to bring in a new £30 ‘Toxicity charge’ for polluting vehicles from October in a bid to clean up the capital’s poor air quality.

SMMT’s annual New Car CO2 Report 2017 reveals that tailpipe carbon emissions fell by 1.1 per cent last year to an average of 120.1g/km, representing a fall of more than a third since 2000.

The growing alternatively fuelled vehicle market – which includes electric vehicles and hybrids and on average emits 20 per cent less CO2 than petrol equivalents – alongside a government-backed consumer shift towards diesels instead of petrol cars had been “critical” to the progress on CO2, according to SMMT.

But while SMMT praised these “tremendous gains” it claimed recent changes in consumer behaviour away from diesel vehicles in the last year have “caused the rate of progress to slow”. The market share for diesel vehicles shrank by 0.8 percentage points last year, it said.

“Of great concern is the current anti-diesel agenda, which fails to distinguish between old models and the latest cleaner vehicles on sale and which could have a negative effect on future CO2 reduction progress,” the report states.

And, although the UK now has the largest market for zero-emission capable cars – accounting for almost a quarter of EU electric and plug-in hybrid registrations last year – the growth of this market has also slowed from 40.3 per cent in 2015 to just 22.2 per cent last year.

The fall in diesel, EV and hybrid demand alongside a growing preference for SUVs over smaller cars “continues to make progress on CO2 reduction much harder”.

“If these trends continue, the UK’s contribution towards the EU target of 95g/km average CO2 in 2021 will become tougher, requiring a 20.9 per cent cut in CO2 emissions over the next five years, or 4.6 per cent per year,” the report claims.

Elsewhere, the report raises concerns over forthcoming changes to VED from April 1 this year, which will see two thirds of alternatively fuelled vehicles paying hundreds of pounds more in annual tax. It warned the changes could have a further negative impact on the take up of innovative technology such as hydrogen fuel cell and plug-in hybrid vehicles.

Mike Hawes, SMMT Chief Executive, said the automotive industry has “some of the most challenging CO2 reduction targets of any sector”, but said progress towards these targets requires long term incentives for electric, hybrids, hydrogen – and modern diesel – vehicles.

“Turning our back on any of these will undermine progress on CO2 targets as well as air quality objectives,” said Hawes. “The UK has a successful track record in encouraging these new technologies but this must be maintained through a consistent approach to fiscal and other incentives.”

However, WWF-UK’s climate change specialist James Beard said the SMMT report showed it was now time to phase out the most polluting vehicles in favour of a rapid low emission vehicle rollout.

“It is now abundantly clear that the way to reduce both carbon emissions and air pollution on the roads is to shift away from fossil fuels altogether to electric vehicles as quickly as possible,” said Beard. “The UK government needs to demonstrate its mettle by setting out a credible plan for transforming transport in its forthcoming plan to reduce emissions.”