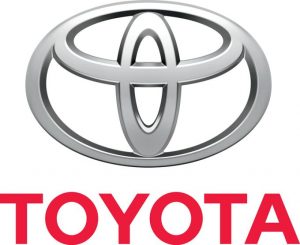 For years, Toyota Motor Corp. focused on pushing its hybrid models in Europe, avoiding a diesel-for-diesel competition with market leaders including Volkswagen AG. The Japanese carmaker’s strategy is finally paying off.

In the first full year since Volkswagen’s emissions scandal threw the German giant into disarray, Toyota is on track for roughly a 40 percent jump in annual sales of gasoline-electric vehicles in Europe. Hybrids are set to account for more than half of Toyota’s deliveries for the region by the end of the decade, according to Karl Schlicht, executive vice president of the carmaker’s European division.

Toyota started directing its distributors and dealers to focus entirely on hybrids, even though they were accounting for just a fraction of the company’s sales mix. If a customer wanted to go for a test drive in, say, a Yaris, they had to take a spin in the hybrid before they could try the diesel.

When Toyota coupled this retail strategy with an all-hybrid marketing campaign, its auto buyers started becoming hybrid converts. Dealers had little trouble reselling used hybrids that were traded in by customers because they tend to retain more of their residual value.

“There is no strategy that the carmaker can make if the front line doesn’t buy in,” Tom Fux, the Cologne-based president of Toyota Germany, said by phone. “For us, hybrid is the key focus.”

By the time hybrids reach about 50 percent to 60 percent of Toyota Europe’s sales mix, the company will be selling about 400,000 or 500,000 units per year, Schlicht estimates. In the January-November period, hybrids accounted for about 32 percent of its sales in the region.