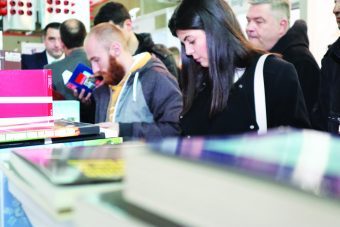 In 1969 and 1970, in three republicas’ centres of the former Yugoslavia, three conventions were held about the same area of expertise. The common denominator of those professionals’ seminars in Zagreb, Ljubljana and Belgrade was air conditioning.

The success of the seminar and the exchange of opinion between experts that followed led to the conclusion that the work the organizers had taken up isn’t over with that seminar. A circle of experts was formed, and under the SMEITS, they founded the Society for HVAC (heating, cooling and air conditioning). As one of their first tasks, they set to regularly inform members and the community of experts about the Society’s activities. The best way to achieve that was actually the launch of a specialized magazine that was brought to light in November 1972.

Over the next ten years, the seminar became the congress which was more suited to the nature of this manifestation. The exhibition of equipment and achievements was an integral part of the event, and it was on display in front of the hall where the Congress was held. The number of exhibiting companies, that are also sponsors of the seminar and co-publishers of the “KGH” magazine, was growing year by year. In addition to local companies from all over the former Yugoslavia, the number of foreign companies or their representative offices in the country was increasing. The totality of participants and seminar papers was becoming more significant, so very soon after the opening of the Sava Center in 1977, Congress got a new “home” where it is still held today.

One of the founders of the Serbian Society for HVAC and Congress, as a continuing institution which follows the development of this profession for 50 years now, Professor Branislav Todorovic, PhD, was chairman of the Organizing Committee and the jubilee of the 30th Congress. At the conference opening, in December 1999, professor Todorovic also described some famous moments from previous congresses, including the one that was taking place at that moment.

“Organization of the first convention about heating, cooling and air conditioning, 30 years ago, was our response to the actuality of air conditioning, which by the middle of this century has experienced its previously unprecedented development and application. It was feedback on the arrival of incredible, well-designed air-conditioning appliances, systems and plants which were not only followed but propelled, with its constant optimizing and new options, by cooling technique and above all, by automation regulation technique.”

As the world was changing, the profession was developing 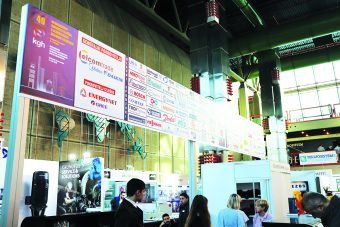 In the mid-twentieth century, thanks to the general progress in science and technology, the industry was adopting the latest production technologies that required rigorous controls of the environment parameters, as a prerequisite for the proper functioning of the production process, but also maximum result and employee’s health protection. These conditions are particularly strict in the industries such as electronics, food, pharmaceutical, film tape roll and tobacco production as well as in other branches.

Large buildings with premises for a great number of people, especially those built in large cities, also required huge amounts of air for the life and work of the users of those facilities, so the need for clean breathing air was another reason for science and industry to focus even more on air conditioning.

Buildings located below the Earth’s surface such as parking lots, train stations, shops, various traffic tunnels and underpasses for pedestrian, ask for implementation for ventilation and air conditioning. In addition, space technology which has also perverted into the armaments industry, whose consequences we got the chance to know from close in 1999, has aroused the search for means of defence and protection, so the ventilation was developing in that direction too which comprises underground shelters for people, factories and airports beneath the surface, protection against toxic gases, radioactive radiation and high shock pressures etc.

This development of air conditioning technology with all the problems imposed by the energy crisis, the environmental protection and modern technology, has affected our economy, project designs, ability to construct the most  give a lecture at various universities. The Society for HVAC becomes a member of the international organisations, the Congress on HVAC takes place as one of the conventions organised by the International Refrigeration Institute from Paris, and the Clima World Congress 2000 was organised in 1989. Our experts become honorary members of Hungarian, Russian, American and other professional associations.

The influence of Congress on the profession in the country 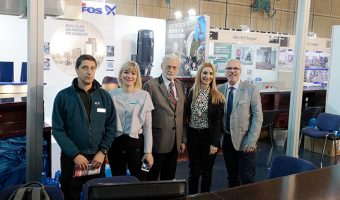 For our experts, it is undoubtedly important that the graduates, the youngest holders of a degree in engineering who had an outstanding thesis, have given their first lectures at the congresses. They were coming almost straight from the school bench to the booth to present their work, with visible stage fright and excited, but encouraged to pursue a career in this branch of technology. Most of them took part in later congresses too, but on those occasions as experienced engineers, PhDs and professors.

The influence of the Congresses, actually of all that could be heard and that was happening there, reflected in all areas. At the universities, current topics were given for the graduate and master’s thesis. The literature was getting richer. There were many cases where local companies seized the opportunity upon arrivals of world experts to consult them on projects or the research they were working on at that moment. On one occasion, a student who was working on his thesis in the field of thermal comforts took the opportunity during the Congress to talk with Prof. Fanger, whose books he was referring to while preparing his graduate papers. Professor Fanger later admitted that he could not defend some of his thesis and that he had to do so in writing, upon his return to Denmark.

This article was published in the new issue of the Energy portal Magazine on CLIMATE CHANGE, september-november 2019.