International Finance Corporation – IFC, one of the five members of the World Bank Group, is the world’s largest institution that encourages economic development by investing in the private sector in emerging markets. Serbia became a shareholder and a member of IFC in 2001 by purchasing a small package of shares, which was followed by an official invitation from our government to the IFC to come to Serbia and take part in the creation of an investment market as well as in connecting private companies with potential investors. IFC’s activities in our country have been managed for the past three years by Thomas Lubeck, who has recently been appointed Regional Manager for Southeast and Central Europe. 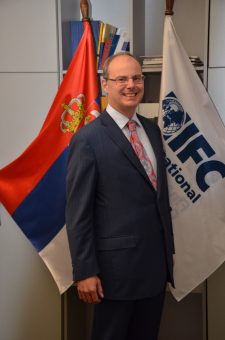 BRIEFLY ABOUT THE ICF

Having in mind that development of any market segment does not happen on its own, this financial institution has been supporting businesses through investment and advisory services for years in order to develop the domestic financial market and to encourage other investors to take part in the existing or future projects. Over the last 16 years, IFC has invested more than 2 billion dollars in a vast number of different projects in Serbia, and the first investment in infrastructure is a project for which IFC allocated the funds in the amount of 19.1 million euros to the Belgian company Elicio for the construction of the Alibunar wind farm. Following this project, IFC also supported the construction of the Čibuk 1 wind farm. The IFC and the European Bank for Reconstruction and Development approved 215 million euros loan to the company “The Balkan Wind farm” for building a wind farm, which will be the largest in the Balkans. Thomas Lubeck believes that these projects herald a change and we can now expect other investors to significantly devote their resources to projects in our country. 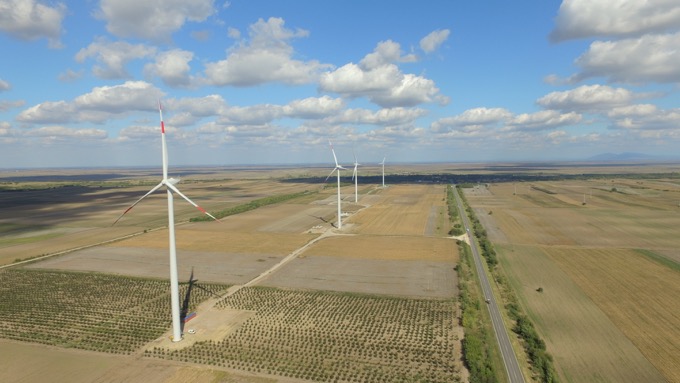 “We can finally see our efforts being paid off, as the construction of these two wind farms stands for the first sizeable private foreign investment in renewable energy sources in Serbia.”

These two projects have manifold significance for our country – the renewable energy supply will be increased, the emission of harmful gases will be reduced and both energy mix and energy supply of households and businesses in Vojvodina will be improved. Having in mind that Serbia is one of the biggest greenhouse gases producers in Europe, based on the fact that 70% of our electricity is generated from coal-fired power plants, it’s essential we should use the great potential of renewable energy sources on hand.

These projects have brought in the added value such as the key support to the commercial banks, as investors, to help them finance and invest in renewable energy sources. Thomas points up that the IFC is making great effort to mobilize domestic banks so that they take part in such projects alongside the IFC. “By doing this we are creating the market, we are motivating the banks to invest paying attention at the same time that they should be protected. In fact, working on these projects we have mobilized other entities to also invest their funds.“

Elicio company finished in October the construction of Malibunar wind farm, with the total capacity of 8 MW, which will supply 7,200 households with electricity. In this area of South Banat, which is very suitable for wind energy exploitation, since it belongs to the region with strong Košava wind, this company started in June the construction of another and larger wind farm Alibunar, that will have 21 wind turbines providing five times bigger capacity. The investment value is 80 million euros, and besides the IFC, the investors are UniCredit Bank, Dutch Development Bank, and GGF and the Elicio company.

In addition to the direct investments, this financial corporation was involved as an advisor to the City of Belgrade on a major project for getting energy from waste which was brought to an end after two years of negotiations and cooperation with the City’s authorities. “State and local governments hire us to help them properly structure concessions or public-private partnerships, we do tenders and make sure the governments get absolutely the best deal for the market. If you take into account the fact that we work primarily with the private sector, who can better know how private companies think and work. That being the core of our business, we can offer the best advice on how to get the private sector in, so that they invest in a matter of public importance, always bearing in mind the well-defined interest of state or local government. Here we’ve got a team experienced in working with investment banks precisely on investment advisory projects. To this end, Belgrade will be able to use up to 60-70 percent of waste for heat and electricity production. All this waste is now still dumped at the Vinča landfill without any sorting. There are many benefits from this project − besides energy production, the lifespan of the landfill will be prolonged, and certain environmental problems caused by ongoing method of waste disposal to the landfill will be solved”, explains Thomas Lubeck adding that this is the first IFC’s advisory service project related to the establishment of a private-public partnership in Serbia in the field of energy production that will surely pave the way to new partnerships that require long-term investment in other sectors in our country. 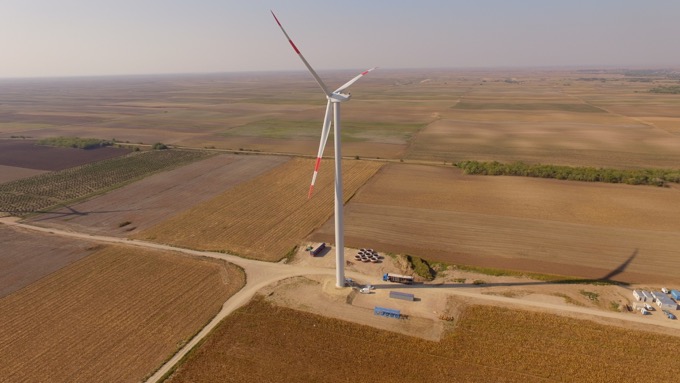 Many countries are facing one of the crucial developmental challenges such as urban infrastructure, bearing in mind that urban globalization trend will continue in the next twenty or thirty years and that people will keep on leaving rural areas in search for better life in cities. Having implemented individual projects in various cities in order to set up sustainable infrastructure, the IFC launched a more comprehensive initiative called Smart Cities. Thomas Lubeck explains that they have aimed for a holistic approach to designing this city development strategy, taking into consideration what cities will look like in the upcoming decades and what their population will be. “Here we have a strategy that should include numerous improvement measures, which also involves the implementation of energy efficiency in buildings, and we have chosen several cities to work with. Along with Istanbul, Izmir, and Lima, Belgrade is also among the future Smart Cities, and with these advisory projects on investment possibilities for energy production from waste, or for water supply and energy efficiency in public buildings, we have taken the first steps that should help your capital city to address emerging developmental challenges.” While financing and construction projects are still far from being carried out, a review is being done in partnership with the European Union about where investment might get the most efficiency.

ČIBUK 1 – THE LARGEST FARM IN THE BALKANS

Čibuk 1 wind farm, with the capacity of 158 MW, 300 million euros worth, will occupy a total area of 37 square kilometers. The wind farm is part of “The Balkan Wind farm” project that is implemented through a 60:40 partnership between Abu Dhabi Future Company Masdar, United Arab Emirates and Cibuk Wind Holding, branch of the American company Continental Wind Partners. The 107.7 million euros financial package provided by the IFC consists of a direct top-up loan of 52.7 million euros, a loan of 36.7 million euros granted by IFC through its Co-financing Program portfolio and Syndicated B Loan of 18.3 million euros. At the same time, the EBRD has provided 17.7 million euros through syndicated loans of type A and B. The project will include 57 wind turbines obtained from General Electric company and it is expected to improve power supply for approximately 113,000 households and businesses. It is expected that the construction of Čibuk 1 wind farm will be finished at the beginning of 2019. The project will also help reduce carbon dioxide emissions by 370,000 tons per year. The project should create as many as 400 new jobs during its construction, as well as to improve local infrastructure with 50 km of new roads. The project will also help Serbia fulfill its obligations under the Energy Community Treaty establishing that in 2020, 27 percent of energy consumption comes from renewable sources.

This content was originally published in the eighth issue of the Energy Portal Magazine ECOHEALTH, in November 2017.

Forests and Waters Are Our Greatest Treasure

There Are No Winners in the Illegal Trade in Wildlife 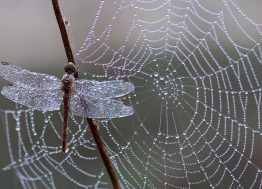 Insects Populations Have Been Declining for Nearly 100...