Canada will ban a range of single-use plastic products by the end of next year.

The ban will focus on six items that are often found in the environment, are often not recycled and that have readily available alternatives, the country says. These are plastic grocery bags, straws, stir sticks, six-pack rings, cutlery and food take-out containers that are hard to recycle.

The plan – which also proposes measures to recover and recycle plastic to keep it in the economy and out of the environment – is part of a national drive to achieve zero plastic waste by 2030.

Last year, 170 nations pledged to “significantly reduce” use of plastic by 2030. And many have already started by proposing or imposing rules on certain single-use plastics:

Kenya – banned single-use plastic bags in 2017 and, this June, prohibited visitors from taking single-use plastics such as water bottles and disposable plates into national parks, forests, beaches, and conservation areas.

Zimbabwe – introduced a ban on polystyrene food containers in 2017, with fines of between $30 to $5,000 for anyone breaking the rules.

United Kingdom – introduced a tax on plastic bags in 2015 and banned the sale of products containing microbeads, like shower gels and face scrubs, in 2018. A ban on supplying plastic straws, stirrers and cotton buds recently came into force in England.

United States – New York, California and Hawaii are among states to have banned single-use plastic bags, though there is no federal ban.

The European Union – plans to ban single-use plastic items such as straws, forks, knives and cotton buds by 2021.

China – has announced a plan to ban non-degradable bags in all cities and towns by 2022. Single-use straws will also be banned in the restaurant industry by the end of 2020.

India – instead of a proposed nationwide ban on plastic bags, cups and straws, states are being asked to enforce existing rules on the storage, manufacture and use of some single-use plastics.

As Canada’s announcement reflects, plastics bans are only part of the solution. After all, plastic is a cheap and versatile solution to many problems, and is used effectively in many applications from preserving food to saving lives in healthcare.

So to create real change, moving to a circular economy in which products don’t end up as waste will be vital.

UK charity the Ellen MacArthur Foundation’s New Plastics Economy initiative aims to help the world make this transition. It says we can do this if we:

-Innovate to ensure that the plastics we do need are reusable, recyclable, or compostable.

-Circulate all the plastic items we use to keep them in the economy and out of the environment.

“We need to innovate to create new materials and reuse business models,” the organization’s founder Ellen MacArthur says. “And we need improved infrastructure to ensure all plastics we use are circulated in the economy and never become waste or pollution. 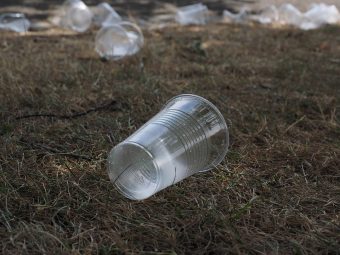 “The question is not whether a circular economy for plastic is possible, but what we will do together to make it happen.”

MacArthur was speaking at the launch of a recent report on the urgent need for a circular economy in plastics, called Breaking the Plastic Wave.

It shows that, compared with a business-as-usual scenario, the circular economy has the potential to reduce the annual volume of plastics entering our oceans by 80 percentage. A circular approach could also reduce greenhouse gas emissions by 25 percentage, generate savings of $200 billion per year, and create 700,000 additional jobs by 2040.

It brings together governments, businesses and civil society to translate commitments into meaningful action at both the global and national levels.