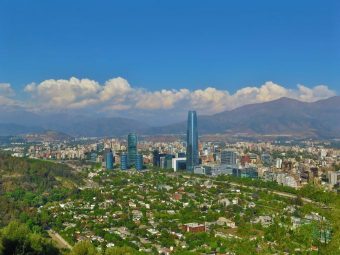 In a new strategy to make the city more resilient, they laid out plans this week to cut congestion and air pollution, improve public transport and build more parks in low-income areas.

But better governance is essential to the strategy, said Claudio Orrego, governor of the Santiago metropolitan region, which has 34 municipal districts and mayors.

“Santiago is a city of disasters — we have had in the last year the worst fires ever, we had two floods in the city [and] two important water supply cuts,” said Orrego by telephone from Santiago, which is home to more than 6.1 million people.

“All of this is due to the climate change impact on the city, and that requires protocols, coordination and infrastructure to cope,” he said in an interview.

The strategy, released as part of Santiago’s participation in the 100 Resilient Cities initiative, brings together programs underway in the city, one of the most unequal in Latin America because of wide gaps between rich and poor in housing, education and services, as well as gender inequality.

Rapid, uncoordinated urban growth has led to low-income housing being built on the poorly connected fringes of Santiago with inadequate infrastructure and few green spaces, said the report, noting that around 18 percent of residents of the greater metropolitan region live in poverty.

“We are sitting everyone at the table,” Orrego said. “Be it flooding, be it earthquakes, we’re taking an integrated approach to the future.”

With climate change expected to reduce rainfall and increase temperatures in the area, Santiago wants to end overexploitation of its water supply. It is developing a water fund to help secure supplies for the city, and protect water sources such as glaciers high in the surrounding Andes.

“Having a public-private endeavor, trying to protect in a very holistic way all the water supply we use in the city is something new,” said Orrego, stressing the urgency of the task.

The city’s resilience plan includes measures to develop an early warning system to lower the risk of floods and wildfires — after recent devastating blazes reached the outskirts of the city, blanketing it with smoke — and to strengthen emergency relief efforts. 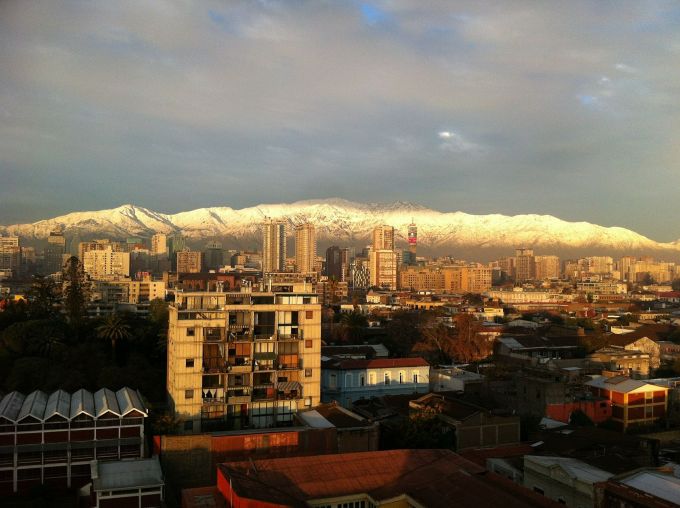 Situated in a dry, mountain valley, Santiago is likely to be increasingly affected by problems such as urban heat waves and shortages of water and power, while agricultural demand for water could exacerbate drought conditions in rural areas, according to the report.

The San Ramon fault line runs along the edge of the city. So the resilience strategy lays out plans to link emergency response efforts and set up a system to monitor seismic activity, while tightening building regulations and factoring vulnerabilities into urban planning.

In the long term, the city may need to redefine its approach to zoning and land use, taking into account transport, social exclusion and disaster risks, Orrego said.

Michael Berkowitz, president of 100 Resilient Cities, which is backed by The Rockefeller Foundation, said cities across Latin America need to improve governance to stop crime, inequality and exposure to natural hazards hampering their development.

“It’s understanding that if you have a safer, more equitable city, that will make you better able to withstand the next earthquake or the next flood,” Berkowitz said.

The perception of high corruption is hindering the growth of public-private partnerships in the region and hobbling cities’ resilience efforts, he added.

“If they can get some of these governance, transition, empowerment issues right, I think you could see Latin American cities make some real progress over the next 10 or 15 years,” Berkowitz said.

Clean Air and Green Jobs in Latin America and the Caribbean...