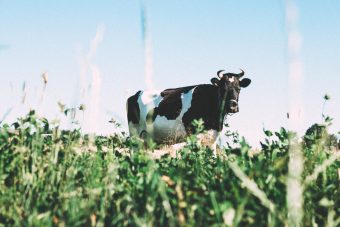 A British biotechnology start-up is converting industrial greenhouses gases into protein for animal fodder. The company uses a process it says can help to feed the world’s growing population while simultaneously being sustainable.

This can be used in livestock feed, enabling farmers to reduce their reliance on traditional ingredients such as soy and fishmeal. These consume huge amounts of land and fish stocks that can instead be utilized to produce food for the growing population of humans.

“We face two big issues: how do we reduce CO2 and how do we provide more food in a sustainable manner,” says Deep Branch chief executive and co-founder Pete Rowe. “But what if you could solve two problems in one – what if you could use carbon to produce food?”

Deep Branch, which was formed in 2018, calls its protein product Proton.

It has signed a deal to use CO2 captured at the power plants of British energy giant Drax. Deep Branch estimates Proton can be produced with 90 percent less carbon than alternative protein sources. And from a single production site, its technology would sequester as much CO2 as 300,000 cars emit from their exhausts in a year.

Keeping up with a growing population

The company is among start-ups that are searching for ways to boost food production and nutrition security for a population that’s expected to grow to almost ten billion by 2050, according to the United Nations.

But the researchers don’t expect current food production technology to keep up the pace. The challenge is to increase food yields in a way that doesn’t worsen the already high emissions of the food production industry.

Agriculture contributes around a quarter of all greenhouse gases, according to ScienceMag.org. 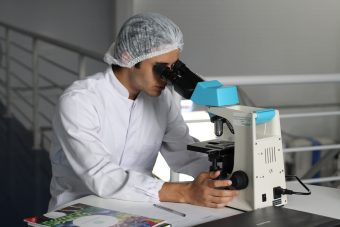 Livestock farming is by far the least efficient form of food production in terms of its impact on the environment and the amount of nutrition it produces.

Despite this, meat demand is expected to double in the next 30 years, Rowe said.

Deep Branch recognizes that protein diversification – the promotion of other forms of protein nutrition besides meat – will relieve pressure on natural resources. That’s one of the reasons the company has been accepted into The Circulars Accelerator initiative, which is backed by the World Economic Forum.

The accelerator is a collaboration with UpLink, the World Economic Forum’s innovation crowdsourcing platform, and is led by professional services company Accenture in partnership with Anglo American, Ecolab, and Schneider Electric.

UpLink is a crowdsourcing network that helps firms develop and commercialize innovations that contribute to the United Nations’ Sustainable Development Goals.

Among the companies working towards a circular economy are Indian tech firm Recykal, which is using cloud computing and mobile apps to coordinate recycling initiatives in India; and Hello Tractor, which is using technology to connect farmers in Africa with owners of tractors and other machinery to help them till their land more productively.