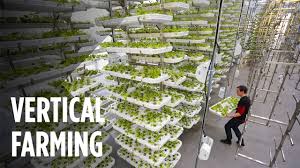 There’s a revolution happening in the way food is grown around the world. Vertical farming stacks crops on top of one another in a climate controlled, indoor facility, and utilizes advanced technology to produce food in the most environmentally friendly way the world has ever seen.

At AeroFarms in Newark, New Jersey, crops are stacked more than 30 feet high in a 30,000 square foot space that was formerly a laser tag arena. They use aeroponic technology, which involves misting the roots of the plants, using an astonishing 95% less water than more conventional farming methods. David Rosenberg, CEO of AeroFarms told Seeker, “Typically, in indoor growing, the roots sit in water, and one tries to oxygenate the water. Our key inventor realized that if we mist nutrition to the root structure, then the roots have a better oxygenation.”

AeroFarms doesn’t use any pesticides or herbicides either. The plants are grown in a reusable cloth made from recycled plastic, so no soil is needed to grow them. They also use a system of specialized LED lighting instead of natural sunlight, reducing their energy footprint even further. “A lot of people say ‘Sunless? Wait. Plants need sun.’ In fact the plants don’t need yellow spectrum. So we’re able to reduce our energy footprint by doing things like reducing certain types of spectrum,” Rosenberg said.

Dickson Despommier, an ecologist from Columbia University, was one of the first advocates of vertical farming. In 1999, he proposed that vertical farming could help feed our ever-growing, overpopulated cities, while using less water than current farming methods and reducing the need to transport food long-distances. Despommier likely never imagined his idea would be taking shape on a global level, just 17 years later.

There are now vertical farms in Canada, Panama, the U.K. and all around the U.S. AeroFarms is currently building another vertical farm facility in an old steel mill that’s larger than a football field. They expect it will grow up to 2 million pounds of greens every year.
Rosenberg believes that vertical farming is truly the way of the future. “It’s a tough business, but it’s one that’s going to stay and it’s going to have a bigger and bigger impact.” 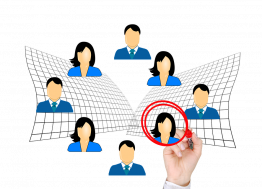