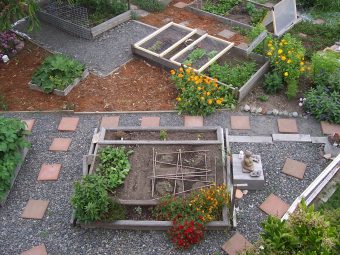 A Belgian start-up is helping people in major cities turn their hand to urban farming. Peas&Love is the brainchild of Jean-Patrick Scheepers, co-founder of Belgium’s biggest cooking school. After the failure of a sustainable farming project near Brussels, he moved into the city itself and started farming on rooftops and in gardens.

“For 20 years, i tried to grow fruit and vegetables in my garden or on my terrace and each year i failed,” he told the audience at the Change Now summit in 2017, the year Peas&Love was launched. “I didn’t have the time and i didn’t have the knowledge.

“My idea was that, if i could have my own personal source of vegetables and fruits that are local, that are seasonal, that are good, that are full of quality, that would exactly fit the description of a potager in French, or a kitchen garden in English, and that would be great.”

Scheepers started Peas&Love after using vertical growing techniques to overcome his earlier gardening setbacks. It now has three urban farms in Brussels and five in Paris where anyone can rent an allotment for about USD 40 a month.

All of the farming work is taken care of by the company, and members are alerted by an app when it’s time to harvest the produce. Each 4m square vegetable garden is divided into two halves: one for the sole use of the subscriber and the other to grow crops that will be shared by all members.

Community based on sharing 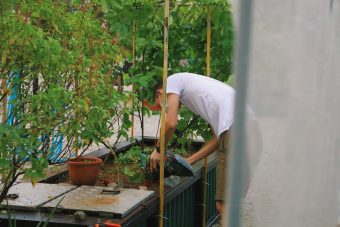 “The motivation of the people who are part of the concept is mainly to renew contact with nature but they don’t have the time or the knowledge,” Scheepers says. “You come every week to harvest your own allotment but you don’t have to do the work to get it.”

It’s all about creating a community of people who help each other and share values as well as food, he says. It’s a “new approach in urban farming” which has 200 active urban farmers at its first location in Woluwe-Saint-Lambert, in Brussels.

The company’s “Peas for all” programme makes 5 percent of the space on its farms available to educational projects and local associations to help more people reconnect to nature.

Scheepers recently set up the European Urban and Vertical Agriculture Federation to promote the concept and provide a forum to represent urban farmers at a European level, and he has launched an Urban Farm Lab in Istanbul.