As 2018 ended, it brought to light the reality that some animals — after existing on Earth for millions of years — are gone for good. At the end of last year, scientists announced that three bird species went extinct, and there are even more species that could vanish in 2019. 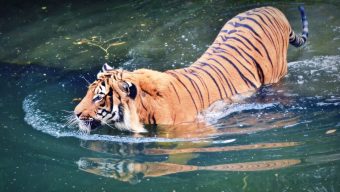 Unlike past mass extinctions, which were the result of things like asteroid strikes and volcanic eruptions, the current crisis is mostly caused by human activities. The Earth is currently losing animal species at 1,000 to 10,000 times the natural rate, meaning we could see 30 to 50 percent of the planet’s species going extinct by 2050.

According to the Center for Biological Diversity, we are in the middle of the planet’s sixth mass extinction of plants and animals, and this latest wave of species die-offs is the worst we have experienced since the loss of dinosaurs 65 million years ago.

“Our results confirm that there is a growing wave of extinctions sweeping across the continents, driven mainly by habitat loss and degradation from unsustainable agriculture and logging,” Birdlife chief scientist Stuart Butchart told USA Today.

We have an abundance of animals that help the world’s ecosystems thrive, but what will happen when more animals become endangered and go extinct?

Eco2 Greetings has created an interactive map that highlights the animals that have recently become endangered and critically endangered, and it also shows where their natural habitats are based.

The existence of these animals is in our hands. So now the question is what can we do to boost these numbers and save these species?