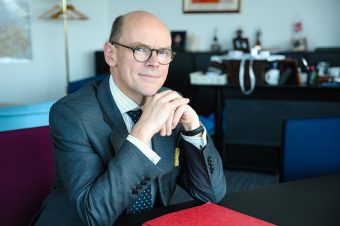 Norway is one of the most developed countries in the world when it comes to renewable energy sources, the use of oil resources and the profits that the state has of these resources. Serbia and Norway cooperate very actively last 15 years. A large part of the aid is realized through a close and direct cooperation between Norwegian and Serbian governments. There are several great investors such as Telenor that take care of protection of environment and social problems through foundations. Some of those companies act  through programmes and innovations. Important priorities in this cooperation are energy and environmental issues, reform of security, justice and domestic sector etc. During holidays we spent few hours with ambassador of Norway in Serbia, Mr Arne Sanes Bjornstad and ask him what he thinks about Serbia and our possibilities for better using of renewable sources of energy, and responsibility of companies which operate in Serbia and have influence on environmental issues. Here is what he said for Energy Portal of Serbia.

EP: Could you please for our readers explain in what way Norway takes care of nature, renewable sources of energy and how much that is important for clean industry?

Mr Bjornstad: Climate change is widely seen as mankind’s most pressing challenge. Never before have people had such an influence on climate change as the do today. Norway has taken this issue seriously. In 2001, the Norwegian government established Enova agency in a bid to promote more efficient energy consumption and increased production of “new” renewable energy. The Agency works closely with public and private enterprises in order to reduce energy consumption and increase power generation from renewable sources. Climate change and the environment are the main focus areas of Norwegian development policy, the ministry or climate change and the environment is therefore administrating a part of the Norwegian budget for international development and is doing this through the Norwegian Agency for development Cooperation (NORAD).

As the result of thse and other moves of the Norwegian government, Norway produces about 56 per cent of its energy requirements, including energy for transport, from renewable energy sources. The world’s first floating wind turbine has been in operation ten kilometers off the Norwegian coast since 2009. However hydroelectric power dominates the power market. Norway has world’s highest per capita hydropower production and is ranked as number one in Europe and sixth largest hydropower producer in the world.

The goal set for to 2020. is to reduce emissions of greenhouses gases by 30 per cent and to increase the renewable share of total energy consumption to 67.5 per cent (the highest share in Europe)

EP: What do you think about Serbian sources of renewable energy: water, sun, wind …Could Serbia use it in better way? Can you compare Norway and Serbia in this sense, and what would be your advice for our business society and decision makers? 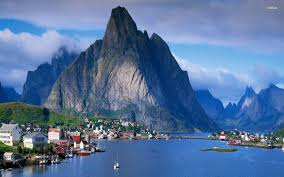 Mr. Bjonstard: Serbia is a country rich with renewable energy sources ranging from biomass to hydro, solar and wind. However, in spite of this high potential, the renewable energy sector in Serbia has yet to be developed. One of the first big steps towards developing the renewable energy sector in Serbia was when the Serbian government adopted in 2011 a new energy law, wich included renewable energy as a complementary part. According  to SIEPA, there are a number of projects underway in the field of renewable energy in Serbia. It is estimated that over the next five to seven years, Serbia has potential to attract at least two billion euro in renewable energy facilities investment. In addition to this, we should not forget that energy and environmental protection is very important for Serbia’s EU integration, as these areas together with agriculture, make over a half of total EU standards that Serbia is due to harmonise during negotiation process, It is important that Serbia continues with harmonization process and that public authorities take into account the environmental protection when deciding on the development projects.

Furthermore, it is important that authorities spread knowledge of today’s many potentials to adopt efficient, environmentally friendly energy solutions and motivate smarter behavior.

EP: There are some educational activities that Norway Embassy in Belgrade about biomass etc. What are your plans for 2016., what will you organize in Belgrade and other cities in Serbia?

Mr. Bjornstad: Energy, environment and climate issues are one of the priority fields when it comes to Norwegian support to Serbia. So far, the Embassy supported many projects in this field across the country. These included: supporting local communities to become energy independent and self-sustainable, raising awareness on safer alternatives and substitution of most hazardous chemicals, support for wast collectors in South Serbia, preventing bark beetle population on Tara mountain, recommendations for improvement in the context of accession negotiations with the EU in this regard. We will continue supporting projects in this field.