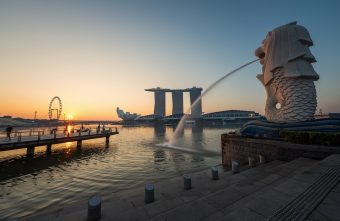 The World Wildlife Fund (WWF) revealed on Tuesday that it is behind Ivory Lane, a fake store that the organization launched to draw attention to Singapore’s ivory laws. While Singapore banned commercial ivory in 1990, the WWF says the law is not restrictive enough and that its loopholes help facilitate the global trade of illicit ivory. With the creation of Ivory Lane, the WWF hopes to raise awareness about this issue.

The WWF used a fake online store and social media accounts to feign sales of vintage, or pre-1990, ivory jewelry. Under Singapore’s current law, ivory that entered the country before 1990 is fair game for sellers. Backlash to Ivory Lane swiftly followed, with over 65,000 reactions from protesters on social media. The awareness stunt has “sparked a heated debate on wildlife trade, national legislation and enforcement in Singapore,” announced the WWF.

It is not uncommon for recently poached ivory to enter the marketplace under the guise of vintage pieces. WWF investigations found that over 40 physical shops in Singapore sell ivory products; they also found ivory listings on popular e-commerce platforms.

Singapore is looking to ban the domestic sale of ivory, according to a statement from the country’s Agri-Food & Veterinary Authority. However, the details of the plan have yet to be worked out, and while the country has made large-scale seizures of illegal ivory, some conservation groups say it is not enough to stop the global ivory trade. One thing is certain, though – after WWF’s stunt with Ivory Lane, people are talking about it.