Researchers at the Scripps Institution of Oceanography have recorded the warmest sea surface temperature in more than a hundred years near a pier in San Diego. The Institute, affiliated with the University of California, San Diego, has been collecting data on sea surface temperatures at the Ellen Browning Scripps Memorial Pier since 1916. The 2018 level surpassed an unusual 1931 record, coming in at a whopping 25.8 degrees Celsius. 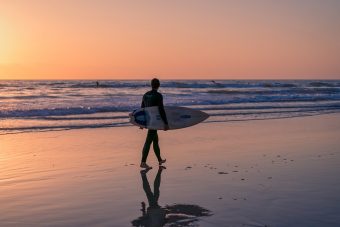 According to a press release from Scripps, “the ocean region off Southern California has been experiencing anomalously warm temperatures for the past week, and other observational networks farther off the coast have reported record or near-record temperatures as well.” The continuous rise in temperature will have serious implications for sea life and marine ecosystems. For example, it could help create a toxic algae bloom, such as the one that spread along the north Pacific coast in 2014, altering the biodiversity of the area indefinitely. This bloom had a devastating impact on sea lions and other marine mammal groups, closed fisheries, and pushed species of jellyfish and stingrays further inward to shore, causing a perilous domino effect of altered food chains.

In 2015, El Niño significantly altered water temperature levels off the coast of California. However, after such environmental phenomena, seawater temperatures are supposed to return to historical averages. This time, it never happened.

“It really is weird,” explained Scripps research scientist Clarissa Anderson in an interview with NPR. “We have different records going back decades and while [our ocean water] temperature is tightly connected with the equator, we’re now seeing [temperatures] stabilize at the equator while temperatures in southern California keep going up.” According to researchers, the record temperature is yet another sign of the mounting effects of climate change.