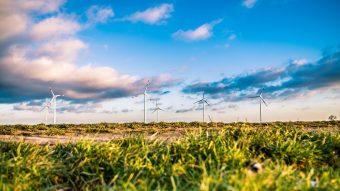 Law on the Use of Renewable Energy Sources (RES)

The aim of the new law on the use of renewable energy sources (RES) is to enable new investments in RES and increase the share of renewable sources in total energy produced. The implementation of this law will ensure the protection of the environment, the fight against climate change, the reduction of costs for citizens, the energy transition, as well as the simplification and acceleration of procedures.

The new law introduces market premiums instead of the current feed-in tariffs, which are retained only for small plants and demonstration projects, in line with EU rules for state aid. The new incentive system will subject producers to the influence of the market and competition, as well as reduce costs for citizens and the businesses. At the same time, a stable and predictable legal framework for investors is provided, which includes simpler and faster administrative procedures by introducing e-energy.

It is also important that the new law brings greater involvement of citizens in the energy transition by introducing the category of customer-producer, which means that electricity customers, by installing solar panels on the roofs of buildings, produce electricity for their needs, and thus reduce their bill for consumption of electricity. Also, this law introduces a ban on the construction of hydropower plants of any type and power in protected areas.

The objectives of the law on energy efficiency and rational use of energy are to achieve energy savings, reduce the impact of the energy sector on the environment and contribute to the sustainable use of natural and other resources. With this law, Serbia is harmonizing with the new EU directives in this area, which, among other things, includes the introduction of regulations for eco-design, which concern the labeling of household appliances that can be found on the market, as well as regulations for highly efficient cogeneration.

In order to encourage efficient use of energy and implementation of energy efficiency measures, it is planned to establish an administration for financing and encouraging energy efficiency within the Ministry of Mining and Energy, which will make it easier for citizens to receive subsidies for replacing windows and doors, and improving facade insulation and heating systems.

The subsidies of the administration for financing and encouraging energy efficiency will amount to 25 percent, as much as the local self-government units will finance, and the participation of citizens in the amount of 50 percent is planned. Incentives will be allocated through public calls for citizens, and among other things, the installation of efficient biomass boilers and gas boilers will be financed, which are important for reducing pollution from individual furnaces.

The proposed amendments to the Law on Energy will enable the harmonization of domestic legislation with the acquis communautaire, ensuring the security of delivery and supply of energy and energy sources and enabling the introduction of new participants in the energy market. The amendments to the law create the legal basis for the adoption of the Integrated National Energy and Climate Plan and additionally regulate and expand the powers of the Energy Agency of the Republic of Serbia.

Also, transparency and protection of competition and consumers and non-discriminatory behavior in the market are improved. With the adoption of this law, the buyers of thermal energy will also have the right to the status of energy endangered customer and reduction of bills if they meet the prescribed criteria, as the buyers of electricity and gas already have. Electronic business (e-energy) is being introduced in the actions of the Ministry, which will enable simpler procedures and faster issuance of permits and approvals.

The main goal of passing the law on amendments to the Law on Mining and Geological Research is to create conditions for more efficient and sustainable management of mineral and other geological resources of Serbia, as well as to increase investments in geological research and mining. The value of confirmed mineral reserves in Serbia is around 200 billion dollars, and one of the goals is to increase the share of the mining sector in GDP from the current 1.9 percent to four to five percent in the next five years by more efficient use of mineral wealth.

The amendments to the law expand the competencies of the Geological Survey of Serbia, as the most important institution in this field, and enable, for the first time, the establishment of a chamber of mining and geological engineers of Serbia, which would gather experts of various profiles dealing with various jobs in geological research. The new regulation also creates a legal basis for the introduction of electronic business in the field of mining and geology (e-mining), which will contribute to a more transparent and efficient procedure, and the approval procedure is simplified and shortened from the current 150 to an average of 15 to 20 days.