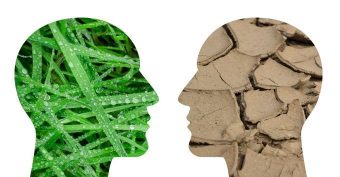 Southern Spain could look like the Sahara unless global warming is held to 1.5 degrees Celsius (2.7 degrees Fahrenheit) above pre-industrial levels. That’s the conclusion of a new study published in the journal Science titled “Climate change: The 2015 Paris Agreement thresholds and Mediterranean basin ecosystems.” According to the analysis, if greenhouse gas emissions continue unabated and global warming reaches 2 degrees Celsius (3.6 Fahrenheit), desertification could overtake many areas around the Mediterranean by the end of the century, altering ecosystems in ways not seen in 10,000 years.

The researchers examined pollen cores from sediments during the Holocene, the geological epoch that began more than 10,000 years ago. They than compared the information from past conditions to predictions of future climate and vegetation under different climate change scenarios. Warming beyond 2 degrees Celsius could cause an expansion of deserts in Southern Europe, North Africa and the Middle East with decidious forests replaced by shrubs and bushes.

“The main message is really to maintain at less than 1.5C,” Joel Guiot, palaeoclimatologist at the European Centre for Geoscience Research and Education in Aix-en-Provence, France, and the study’s lead author, told The Guardian. “For that, we need to decrease the emissions of greenhouse gases very quickly, and start the decreasing now, and not by 2020, and to arrive at zero emissions by 2050 and not by the end of the century.”