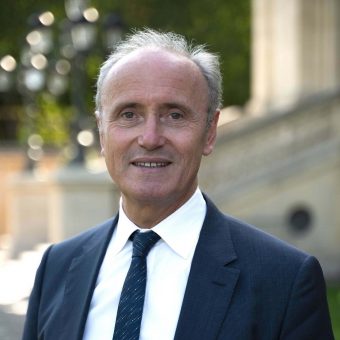 The eyes of the entire world are on France when it comes to combating climate change, not only because of the 2015 Paris Agreement, which pledged this country to reduce greenhouse gas emissions to zero by 2050. Not a day goes by without some environmental news from France getting around the world, whether it is about new government measures or laws in the implementation of climate policy, the strong reaction of citizens to them, or, in turn, green inventions and new advances in clean technology.

However, as the world talks about France, the French government and French citizens have come a long way in their common goal of tackling climate change as effectively as possible in the spirit of social justice. It is, therefore, no surprise that France, after Denmark, Sweden and Finland, is the fourth country in the world to achieve the Sustainable Development Goals and even second in the world in the implementation of environmental protection measures. French Ambassador to Serbia Jean-Louis Falconi gladly shared with us his country’s green experiences, as well as several democratic lessons that show us the importance of massively involving citizens in all levels of decision-making about their country’s climate.

EP: France is in the top 5 most sustainable countries in the world, and it is ranked #2 in EPI2018. When did this ecological revolution start, and how did France become one of the global leaders in environmental protection?

Jean-Louis Falconi: In France, the awareness of the harmfulness of overexploitation of natural resources is not new. In the 1990s, the UN’s international summits and the agreements that emerged from them – Rio and Kyoto – have also contributed much to the national awareness on this subject. At the environmental conference on sustainable development in 2012, the French government decided to establish a roadmap on the issue, with five round tables, on the energy transition, biodiversity, health risks, ecological taxation and environmental governance. Then, in 2013, a national public debate on the energy transition was launched. The French government’s guidelines were drawn from its conclusions.

Today, France’s climate commitments are structured around the Energy Transition for Green Growth Act, passed in August 2015, and the Energy and Climate Law promulgated in November 2019. With these two texts, France intends to meet its obligations made during the COP21, chaired by France in Paris in November 2015, and accelerate the transition towards a Greenhouse Gas Neutral society in 2050. In this context, the most emblematic commitments of my country are to end the sale of cars using fossil fuels until 2040 and to prohibit any new hydrocarbon exploitation license  on the French territory to put an end to their extraction by 2040. 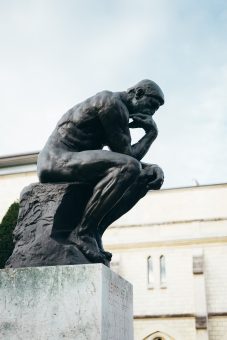 EP: What are the major factors that most affect France’s high level of sustainable development – renewable energy resources, biofuels, government support for clean technology or something else?

Jean-Louis Falconi: The key to success is above all, the political will to set ambitious commitments and to stick to them. This will is noticeable in all sectors of the economy. Concerning energy, the 2019 Climate Energy Act provides, for example, for the shutdown of the last coal power plants by 2022. On the other hand, we rely on innovative resources and investment funds to develop new technologies and ensure their functioning. The second factor is, of course, French know-how in research and development. All large companies comprise units working on innovation in their respective fields, anticipating our needs and the challenges of tomorrow. France also has a proactive policy aimed at start-ups specialised in the environmental field, either in terms of taxation, subsidies or the creation of working conditions conducive to their development.

EP: France’s most significant environmental challenges are climate change, air pollution and waste. What is the national strategy to cope with these problems?

Jean-Louis Falconi: The energy and climate law, adopted in July 2019, has particularly raised the target of reducing fossil fuel consumption to 40 per cent by 2030 compared to 1990 (and compared to 30 per cent per today). The budget for 2020 also provides for the introduction of an eco-contribution for all flights departing from France, which will go directly to financing transport infrastructure, notably the rail infrastructure. With regard to waste, a Circular Economy Roadmap was published in April 2018, aiming at reducing waste and make recycling procedures more efficient. It requires action at all levels – by introducing measures in favour of eco-design of products, the integration of recycled materials into the industrial production, a more responsible consumption, by extending the life of the things we own and others. Finally, measures are being implemented to optimise the sorting of waste and develop recycling. An anti-waste bill is currently being considered in the Parliament.

EP: Although the French government has committed to a net-zero emissions for 2050, some reports show that the reduction of carbon dioxide emission is not fast enough. In the first place, it hasn’t been done enough in the field of traffic modernisation and renovation of old buildings. What efforts are you making to reach this goal?

Jean-Louis Falconi: Although France is currently in the process of exceeding the joint objective adopted with the European Union for 2020 under the Climate Convention, we are not on the path we set for ourselves in 2015. We have emitted 65 million tons of CO2 more than expected. All this despite the reduction of our emissions by more than 4 per cent in 2018 compared to 2017, and by 18.8 per cent compared to the level of 1990.

The newly created High Council for Climate highlights the lack of progress made in the transport and building sectors: the transfer to modes of transport alternative to cars and road transport is insufficient, new vehicles on the market are not as effective as expected, while the renovation of buildings, although more numerous, remains insufficient. With regard to transport, the Mobility Orientation Law, adopted in November 2019, encompasses the goal of complete decarbonisation of land transport by 2050. To achieve this, it targets the development of low CO2 emissions vehicles for 2030, and the end for the sail of new light fossil-fueled vehicles by 2040. For these initiatives to fit all pockets, the law puts in place measures to facilitate carpooling, the use of bicycles with adapted roadways, or the provision of charging stations for electric vehicles.

In the building sector, France has set an ambitious renovation plan for old buildings, with a € 14 bn fund dedicated to energy renovation. At the beginning of 2019, the government set up a mechanism allowing households to replace their boilers for only € 1. Of course, none of this can be done without incentives such as reinforcement of environmental taxation, reimbursements for conversion to a low carbon, bonuses for purchasing low-carbon cars, penalties for polluting vehicles, flexible taxes for company vehicles. 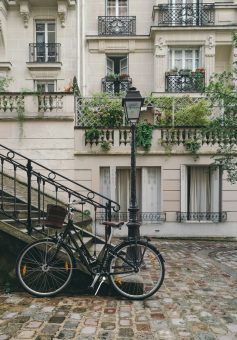 EP: Last year, yellow vests protested against a new carbon tax that was supposed to increase carbon dioxide levies, but the fee was waived. To what extent do these democratic pressures make it more difficult, or sometimes easier, to implement a set climate policy?

Jean-Louis Falconi: Although the protest movement was triggered by the rise in the carbon tax (which has been frozen at the 2018 level), protesters’ claims were broader than carbon taxation, and focused more on social justice, renewal of democracy, territorial divides and purchasing power. The President of the French Republic announced in December 2018 his intention to organize a Grand National Debate to allow all of us to discuss issues which are essential for the French people. It was held in the first quarter of 2019 and structured around four themes: the ecological transition, taxation and public spending, democracy and citizenship, the organisation of the state and public services. An online platform has collected nearly 2 million online contributions, and more than 10,000 local meetings have been organised. The President of the Republic announced, during his press conference in April 2019, his proposals in response to the conclusions of the Great National Debate. On the climate aspects, this included the organisation of a citizens’ conference of 150 randomly selected citizens with a mandate to define a series of measures aiming to achieve our climate objectives in a spirit of social justice. This democratic experiment, unprecedented in France, started at the beginning of October and will provide a list of measures by the end of January 2020.

Read the whole interview in the new issue of the Energy portal Magazine  GRINNOVATIONS, December 2019 – February 2020.