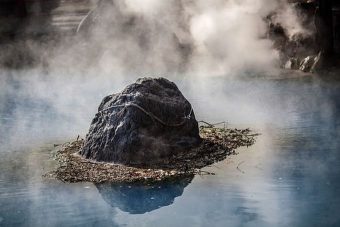 Six years later, the wells in South Australia’s Cooper Basin have been filled with concrete and abandoned, and the geothermal exploration company involved – Geodynamics Limited – has announced it is rebranding and pivoting to biogas, solar photovoltaic, battery storage and hybrid solutions.

Although geothermal energy is a mainstay of electricity generation in countries such as Iceland and El Salvador, the ancient, slumbering strata of Australia presents a more challenging landscape.

Since 2009 Arena has funded seven geothermal projects at a cost of more than $40m. Only one is still active.

In 2013 the agency established an international geothermal expert group to review Australia’s prospects for commercial geothermal energy generation. That group came to the conclusion that, despite more than $1bn worth of investment from the private sector and governments since the 1990s, the Australian geothermal energy sector faced significant technical hurdles, and the prospect of commercial viability before 2030 was slim.

Geothermal energy is harnessed in three main ways. The first is the simple hot spring beloved of tourists and health-seekers. There is even a specific term – balneotherapy – to describe the use of these for therapeutic benefits. These geothermally heated waters are also used to drive direct-use geothermal systems in places such as Perth, where 55C water is extracted from 500 to 1,200 metres underground and used to heat water for swimming pools or for space heating.

The second option is a geothermal heat pump, like the one used to control the temperature at the Geosciences Australia building in Canberra. This doesn’t so much use geothermal energy as take advantage of the Earth’s thermal mass to absorb heat during summer and release it during winter.

The third option – and the one causing headaches for Australia’s nascent geothermal energy industry – is geothermal electricity generation. The problem is not a lack of heat but rather how to economically tap into it.

“We’re looking at heat that’s effectively created by depth, and because we’re doing this in sedimentary basin settings, three to four kilometres is usually the depth you need to get the temperatures required,” says Dr Rowan Hansberry, a post-doctoral researcher at the South Australian centre for geothermal energy research.

In volcanically active Iceland, scalding hot water and steam rises through wells with minimum pumping. In Australia, accessing that subterranean heat means drilling at least two wells – one to pump down cold water at high pressure and another to extract the now-heated water – and hoping that the rock or substrate between the two wells is permeable enough or fractured enough to allow the water to pass through and collect heat on the way.

This is the risky part of so-called enhanced geothermal energy. Geothermal companies don’t know how permeable an area will be until they’ve drilled the wells, which can cost $20m each. For Geodynamics Limited, it cost $144m to find out that the wells drilled 4-5 kilometres into the Cooper Basin were not economically viable, at least in comparison to the alternatives, says Geodynamics’ commercial manager, Gregory Wong.

“Solar photovoltaic is now so cheap that it’s difficult for renewables which aren’t currently commercially mature to chase solar photovoltaic down the cost curve,” Wong says. “Even if we continued to make improvements in our delivered cost of energy, the speed at which we can make improvements is nothing like the speed that solar PV has been reducing in cost, so we were getting further away from the cost of solar PV rather than closing the gap.”

Arena is now taking a similar approach, granting $450,000 to the University of Adelaide’s South Australian centre for geothermal energy research to develop a map of geothermal structural permeability.

One outcome of the international geothermal expert group’s report was to highlight the fact that previous geothermal efforts had really just focused on finding subsurface heat but hadn’t factored in the issue of permeability at those depths.

“They had run into trouble with low flow rates out of wells and quickly decaying flow rates,” Hansberry says. “If we can effectively map structural permeability well ahead of drilling, using existing data sets, we can effectively de-risk the drilling process and bring the cost down.”

To do this, the group is collecting existing data from previous drilling efforts – both for geothermal energy but also petroleum and mineral exploration and other subterranean endeavours – as well as data from seismic and geological studies to create a database of natural structural permeability data in four key basins.

“What we’re looking at is, if we drill wells, are we going to get fluid consistently travelling through them at the right kind of residence times to heat up enough,” Hansberry says.

They’re also road-testing the accuracy of the data by comparing their estimations of permeability with actual findings from some of the wells.

Despite the hiccups faced so far, Hansberry is cautiously optimistic about the future of geothermal energy in Australia, pointing out that the heat is there but the biggest roadblock is our understanding of the geology.