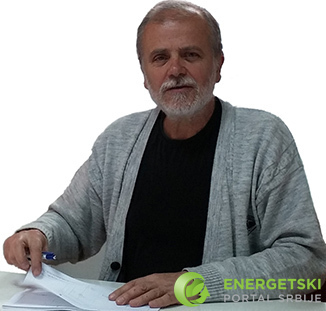 Why are wind and sun as renewable energy sources less environmentally acceptable and economically less profitable than nuclear energy, and how much France as an example can help us in the strategy of developing the power system, explains Professor Milenko Djuric, PhD.

Switching to the use of renewable energy sources, as a strategy for the future of the power system, is not such a simple task, nor it is applicable in every country. Since Serbia has used its hydro potential to a great extent, solar and wind energy are not as clean as it seems at first glance, and we cannot get rid of coal-fired power plants for at least another 30 years, one of our most eminent experts in power systems, Professor Milenko Djuric, PhD, a retired professor at the Faculty of Electrical Engineering, warns that we must be sober-minded in choosing a strategy for the future. As a small country, we cannot afford expensive experiments, which is why the professor suggests analysing France as an example, which has reoriented itself to nuclear power plants and produces twice as cheap electricity as Germany, which has invested in the development of RES.

EP: Last year, we broke infamous records in air pollution in the capital during the heating season, and we are facing a colder time of the year. Is coal the only cause of the problem and do you think the scenario will be repeated this winter?

Milenko Djuric I can’t say anything about the whole of Belgrade because I don’t have reliable data. I live in Vracar, near the church of Saint Sava. I walk around the whole neighbourhood walking my dogs, and last fall, I didn’t notice that anyone got coal. However, the air was heavily polluted on several occasions in unfavourable weather conditions. I am convinced that the cause was the car traffic. I think that the age of cars contributes very little to the increase in air pollution. The main reason is the enormous number of cars that has surpassed the tolerable figure in Belgrade a long time ago. I believe that the environmental tax should be introduced on fuel, and not on cars because a parked car does not pollute the air.

EP: European countries have come a long way in implementing plans to decarbonise power systems and switch to renewable energy sources. When do you expect that conditions will be created in our country to switch to this strategy operationally?

Milenko Djuric I believe that Serbia cannot give up coal-fired power plants for at least another 30 years. The best flue gas purification technology can be applied, but CO2 emissions cannot be avoided. 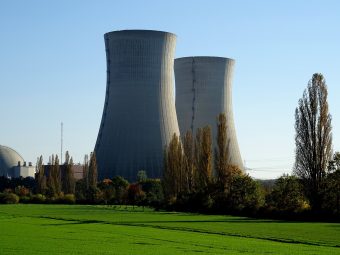 EP: It was recently announced that the latest research is very encouraging because the results suggest that the profession can successfully exploit power systems with as much as 100 per cent of electricity production from RES. What does that practically mean?

Milenko Djuric I’m not sure the information you provide is correct. Wind and solar power plants generate electricity of the worst quality because their production is of a stochastic character. Such sources require the existence of a basic electricity system that can cover the needs of consumption at any time, when the production of wind and solar power plants falls, which, unfortunately, can happen in a very short period.

EP Even children in primary school learn that our hydro potential is above the European average but insufficiently used. Do we have the potential for more large hydropower plants? 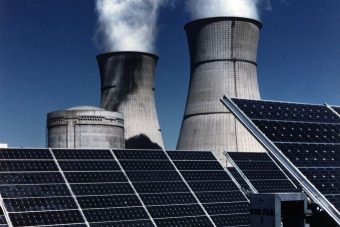 Milenko Djuric The fact that children learn in primary school may have been true for the former Yugoslavia. The hydro potential of Serbia has been largely used. There is potential on the Ibar (those hydropower plants have been designed, but I don’t know how far they have come in realisation) and on the Drina, where the potential will have to be shared with the Republika Srpska.

EP: What is the future of mini hydropower plants in Serbia, from the aspect of cost-effectiveness, ecology, political will, and even the rights of citizens?

Milenko Djuric The potential of mini hydropower plants is small, and from the aspect of the state, negligible. The environmental damage that can result from the construction of such facilities can be great, especially if it is allowed that investors’ profit is the main driver for such investments. I think that the local population should be in charge of the potentials for small hydropower plants, on whose territory those potentials are located. That way, solutions that could damage the environment will surely be avoided.