The EBRD is a leading institutional investor in Georgia. Since the start of its operations in the country, the Bank has invested over €2.73 billion in 195 projects in the financial, corporate, infrastructure and energy sectors, with 91 per cent of those investments in the private sector.

TBC Bank, the European Bank for Reconstruction and Development (EBRD) and the European Union (EU) are joining forces to support the expansion of renewable sources of energy in Georgia.

The institutions are providing a financial package of US$ 14.3 million (equivalent to approximately €13.5 million) to Rustavi Group LLC for the construction of a medium-size hydropower plant (HPP) in northern Georgia. The EBRD is supporting the project with a US$ 5.6 million loan and TBC Bank is contributing US$ 8.7 million. Meanwhile, the EU is backing this transaction through a risk-sharing facility based on a guarantee mechanism that makes it possible to increase the amount of financing beyond the amounts that would be available without a guarantee of this kind.

The Lukhuni 2 HPP will have an installed capacity of 17.2 MW and an expected annual generation of 86.3 GWh. During the summer period the power plant, operating on the Lukhuni River, will be eligible to export electricity to Turkey. In winter it will play a key role in providing electricity to northern Georgia. The power plant construction will benefit the citizens of Georgia  by reinforcing energy security in the country and increasing competitiveness in the energy market.

In addition to generating energy, the investment is expected to boost the development of the Racha region through the creation of new jobs. The project is in line with the strategic priorities of both the EBRD and the government of Georgia to develop renewable energy generation and infrastructure.

The EBRD financing and the EU’s support for the investment will allow Rustavi Group to implement EU standards during the construction of the HPP and to introduce more efficient and quality-oriented management practices, creating a benchmark for the industry. 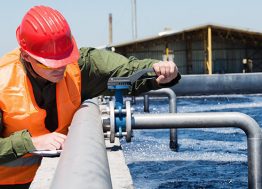