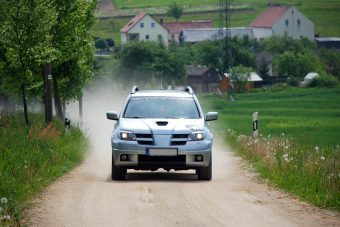 Diesel automobiles, which are more fuel-efficient than their gasoline-powered counterparts, were always supposed to shield their owners from some of the impact of oil-price spikes.

All told, roughly 20 percent of new cars sold around the world are diesel-powered. Diesel accounts for about half of new passenger vehicles sold in Europe and India, according to the International Council on Clean Transportation. It reaches double-digit penetration rates in a small number of other major markets, such as Australia and South Korea, but barely more than 1 or 2 percent in the United States, China and Japan.

But in fact emissions were always the real issue with diesel. Progress has been made in reducing the sulfur content of diesel fuel, the chief culprit in soot emissions. But the higher compression of diesel engines and the less refined nature of the fuel, compared to gasoline, ensure that diesel cars produce more of several pollutants, including nitrogen compounds, hydrocarbons and carbon monoxide and dioxide.

The emissions issue was brought to the fore when Volkswagen, Europe’s largest carmaker and No.2 in the world (after Toyota), acknowledged in September that it had fiddled with 11 million of its diesel-powered cars to make them appear to meet emissions standards. Subsequent press reports indicated that diesel cars produced by other companies violated European emissions targets, but this was generally attributed to the way tests are conducted — the cars generate fewer emissions in the lab than on the road — and not to wrongdoing.
To compensate for the pollution levels, diesel emission-control systems are more complex and costly. It is thought that Volkswagen manipulated the software in its cars to show false readings because a pollution-control system able to meet American emissions requirements, which are stricter than Europe’s, would have been prohibitively expensive. Apart from the dishonesty, the scandal suggests that diesel technology is less clean and less cost-effective than advocates assert. Even before the story broke, diesel had several factors going against it, including declining crude-oil prices, improvements in gasoline engines and technologies that produce cleaner cars.

“Diesel probably doesn’t make sense for light-duty vehicles,” said Daniel Sperling, a professor of civil engineering and environmental science and policy at the University of California’s Davis campus and director of the Institute of Transportation Studies there. Other types of cars “are more efficient,” he said. “Emission standards are getting tighter and tighter, and as the shift takes place to electric, diesel does not have a promising long-term future” in passenger cars.
David Keith, assistant professor of system dynamics at the Massachusetts Institute of Technology, offered a similar prognosis. “There’s a strong headwind for diesel in the passenger-vehicle market,” he said. “Emission regulations support alternatives.” All things considered, the costs of diesel and gasoline cars are comparable. Because they have to run hotter, diesel engines must be built sturdier. Between the engines and emission-control systems, the cars are pricier, but they tend to stay on the road longer.
Diesel cars have been popular in Europe because diesel fuel is subsidized there and because emission standards are lower than for gas-powered cars. Regulators in the United States require both types to meet the same standards, which raises costs for diesel cars made for the American market, said Mr. Sperling, who also serves on the California Air Resources Board. But Europe is introducing tougher emissions standards, which could require more expensive control systems in diesel cars. And after the Volkswagen affair, testing is likely to get tougher, too, said Colin Langan, who follows the auto industry for the Swiss bank UBS.
At the same time, improvements to gas engines could make them more appealing. “In Europe, a lot of people have assumed that diesel was going to lose momentum,” Mr. Langan said. “Gas engines are getting a lot better; they’re getting turbochargers, which diesel engines already have. People are going to start migrating more to gas from diesel.”
He added, however, that Europe has also set tougher fuel-economy targets for carmakers. Diesel still has an edge there, which may slow the shift to gas.
Gasoline-powered cars are not the only ones that makers of diesel cars have to worry about. Coming up in the fast lane, even if there’s little traffic there now, are hybrid and electric vehicles.
Mr. Langan sees little threat from the cleaner alternatives just yet, however, because they are more expensive than gas or diesel models. Electric works at the upscale, high-performance end of the market, where manufacturers like Tesla live, but not in the mainstream.
Alan Baum, principal of Baum and Associates, an automotive consulting firm in Michigan, is more hopeful.
“Costs are coming down and the technology is improving” amid “an all-hands-on-deck strategy among regulators and automakers,” Mr. Baum said. Internal-combustion vehicles are less expensive than electric and hybrid equivalents today, but he wonders what the cost might be “when you have to have a car that gets 30 miles per gallon or, in 10 years, 40?”
As a result of the various threats to its position in the marketplace — both external and self-inflicted — diesel’s proportion of the world’s fleet of passenger cars is likely to shrink into the teens in the next decade, Mr. Baum forecast. Mr. Keith at M.I.T. similarly highlighted “the great scope for innovation to introduce electric-drive technology that promises to be cleaner.” “I don’t think diesel’s going to go away completely,” he added. “I think there’s a role for all these technologies, but definitely in the U.S. and increasingly in Europe, we can see challenges in getting diesel to perform at a level we like.” 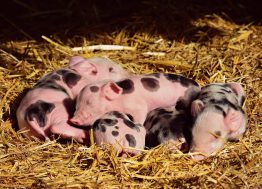 Undercover Investigations Will Be Legal Again at Iowa... 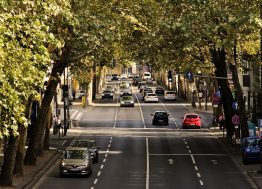 Israel to Ban Petrol and Diesel Car Sales After 2030 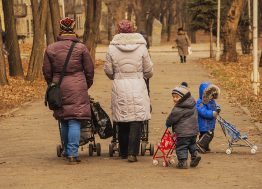 Babies in Strollers Breathe Up to 60 Percent More Dangerous...