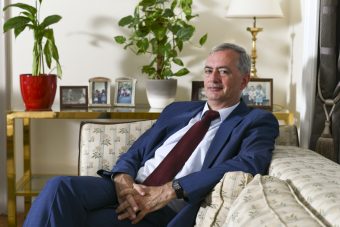 Belgium has a well-developed institutional and legal system in place to protect the environment. Overlapping responsibilities in environmental matters between the federal and federated authorities are unavoidable given the distribution of competences to the different layers of authority in the Belgian constitutional setup.

This does make policy-making sometimes a bit more cumbersome than in other countries. The ambassador of Belgium to Serbia Koen Adam in interview for our magazine explained that the necessary and sophisticated mechanisms for consultation and coordination are in place, also with a view on defending Belgian positions and interests in the multilateral framework.

EP What are those mechanisms?

Koen Adam Just to mention a few of those mechanisms: the almost weekly coordination meetings by the MFA’ Directorate General for European Affairs, the National Climate Commission, and the overarching Coordination Committee for International Environmental Policy (CCIEP). This system implies intensive consultations and search for compromise, a trademark feature of Belgian politics.  This is indispensable, especially in this policy area, given the differentiated socio economic and geographical space the authorities are operating in. But eventually such a model keeps our climate policy perfectly manageable.  We are of course aware that, as is the case elsewhere in the world, political leaders in Belgium will also  have to constantly adapt policy  instruments and means to the international reality, in order to  reach commonly  agreed objectives, with an efficient climate and environment policy.

EP Recently, thousands of students have marched not only in Brussels but also in the rest of Europe for action against climate change. Was there any response of your government on these protests?

Koen Adam The climate marches in Brussels, in other Belgian cities and in the rest of Europe have sent a powerful signal to our decision makers, on the need to protect our planet for the wellbeing of future generations.  The Belgian government appreciates that Belgian students have been at the origin of this wake up call, resounding throughout the world. I can assure you that at least in Belgium the message has been heard, with an important impact as well on the recent election campaigns, forcing the political parties to explain to the public how they intend to cope with these challenges. Belgium fully supports the United Nation Secretary-General in his call for ambition, solutions and actions. The Climate Action Summit in September needs to deliver a clear and unequivocal signal of strengthened political will and renewed multilateral commitment to raise global ambition and accelerate action on sustainable development and climate change in the years to come. Belgium expects also the EU to play a leading role in the September Summits, just like it played a leading role in the negotiations in the run-up to the Paris Agreement and the 2030 Agenda on Sustainable Development. 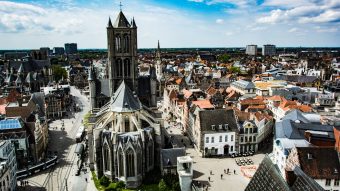 EP Belgium is in the EPI rankings for 2018 on the envious 15th place. How did you manage problems such as air, forestry and fisheries and do these experiences help in supporting Serbia’s effort in the field of environmental protection?

Koen Adam We can rightly say this overall positive result (Environmental Performance Index at 77,38, which puts Belgium at the 15th place in the ranking), is a consequence of the high levels of ambitions we have always set ourselves. We must however not be blind for the shortcomings, in some areas there is absolutely room for improvement. Serbia for instance definitively scores better in the area of ‘tree cover loss’. But, this is an exception in the overall somehow gloomier EPI picture, where Serbia stands at the 84th place, with index 57,49. It is evident that within the framework of the accession talks, to allow Serbia to become a full-fledged member of the EU, the Environment and Energy chapters will be one of the hardest to accomplish. There is on the one hand the need to align with the strict and demanding standards and norms of the EU acquis in the area of Environmental protection, which will require important legislative work. But more importantly is to make sure the convergence takes place in the real world, with measures that actually cut down levels of air pollution, for instance.  This will require considerable investments, and above all a political focus that translates in priority setting (e.g. with regard to a sustainable energy mix), as well as measures to enhance  public awareness on the need to protect the environment. Belgian companies, with expertise  in the area of  renewable energy, have been actively engaged in setting up wind farms : over the last year, for instance, Belgian investments in windfarms in Alibunar have helped cut down Serbian CO2 emissions with 105 000 ton, delivering green electricity to 50 000 households!  There is also a growing interest to assist Serbia with our industrial, technical and engineering know how in activities such as waste water treatment, another area where Serbia lags far behind European standards.

EP According to Deloitte research, the Belgians lose more than an entire working week in congestion every year, which is also the problem in Serbia. What can be done about this problem?

Koen Adam There is a broad political consensus that we must collectively strive for a reduction of the number of cars on our roads, especially during peak hours, given the economic and environmental costs this entails. A public and political debate is ongoing about alternatives that could be offered to company car beneficiaries. A big share in the congestion problem is indeed attributable to policies adopted by private companies, who offer cars to their employees as part of their salary-package, given the tax advantages this brings about. Some measures are already implemented or envisaged such as cash for car or Mobility allowance instead of the use of a company car; employees can exchange their company car for i) a more sustainable company car and/or ii) transport alternatives (shared mobility, bike, public transport,…) and/or iii) cash (balance); we will also promote the use of bikes, with more advantageous tax systems. Equally a pilot project is launched for the promotion of carpooling by providing a restricted a lane on the highway for car-poolers. I see definitively one link with the situation in Serbia, in the sense that car ownership (and the right to use your car at liberty, without undue government interference, seems to be a sacrosanct principle in the head of our citizens. It will require determination and indeed political courage, to explain to the public that this goes together with tremendous costs, now and in the future, for the economy as well for public health.  The challenge in Belgium, and certainly in Serbia, is to offer the necessary alternatives (efficient and fast public transport, bike lanes..) that can convince car owners  to become more selective in the use of their cars.