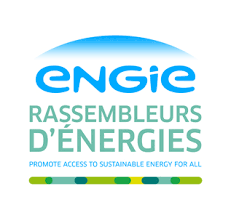 French utility Engie has inaugurated the nation’s first self-termed marine geothermal power station on France’s southern coast, in Marseille. The Thassalia power station will pump seawater from the Port of Marseille into heat exchangers and heat pumps to provide heat and refrigeration to a custom-built network integrated with the heart of Marseille’s business center.

Although similar plants are already in operation — including another from Engie located in Paris that functions with the River Seine – the Thassalia plant is the first in France to use saltwater and to provide heat and cooling in tandem.

Isabelle Kocher, CEO of Engie, said in an Oct. 18 statement: “The Thassalia inauguration is an opportunity for me to appreciate the involvement of this beautiful region in energy transition, especially in terms of renewable energy development and continued commitment to improve building energy efficiency. The marine geothermal power station serves as a new innovative display of this approach.”

Thomas Jung, president of the company running the Thassalia plant, told Renewable Energy World that “Marseilles has been undertaking something of a green, environmentally friendly initiative — so it was ideal timing for development of the Thassailia plant and demonstration of this technology.”

Indeed, the project represents a key component within the Euroméditerranée EcoCité sustainability initiative. According to Jung, the plant uses thermal energy from the sea to supply buildings with heating and cooling.

“Seawater is pumped up — [from] a depth of six meters, at a temperature between 16 and 24 degrees Celsius — and to cold chillers and thermal-refrigeration pumps that are able to produce cold (4 degrees Celsius) and hot (60 degrees Celsius) water at the same time,” Jung said.  “The plant will reach capacities of 16 MW cooling and 18.6 MW heating. This is quite a special configuration, and serves an immediate need within the network to which it is connected.”

A back-up gas boiler has also been built into the plant to ensure supply during times of peak demand. After processing at the Thassalia plant, thermal energy is then directed through a custom-built network to customers. “In total, the plant will satisfy the energy needs of more than 500,000 m2 of space shared over the buildings connected to the network,” Jung said. The network is set to expand over the coming few years, but for now is based around underground pipes running to a little over two kilometers. The plant has cost 35 million euros (US$38.6 million), according to Engie. But for what the investment has bought, Jung says that the plant is highly cost-effective.

“We’re able to produce energy at the same costs as using traditional heating/cooling solutions; however, because our technology is clean, there are savings on the heating taxes (reduced by 15 percent) and on the long-term prices if we consider that the gas and electricity prices will go increasing in the next years,” he said.