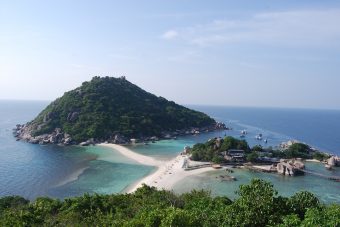 Bloomberg reports the state-run Electricity Generating Authority of Thailand (EGAT) is looking to build floating solar farms with a combined capacity of more than 2.7GW – the biggest will be a 325MW plant at Sirikit Dam, which is scheduled to be completed by 2035.

A number of the proposed projects are more than double the size of the world’s current largest floating solar system, a 150MW system in China.

The clean energy facilities will be built across the surface of nine hydroelectric dam reservoirs before 2037.

The move would significantly boost the country’s share of clean energy and account for around a tenth of the nation’s entire clean power resources.

The solar farms are reportedly planned to be located on hydropower reservoirs so they can be easily connected to the grid and save costs on building transmission infrastructure.