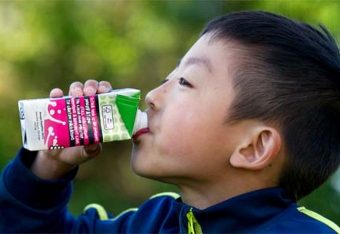 Tetra Pak has confirmed it now uses enough renewable power to meet a third of its total annual electricity consumption worldwide, as the company works towards its goal of sourcing all its power from renewable sources by 2030.

In a progress update released yesterday, the packaging giant said the share of renewables in its power mix had risen from 22 per cent in 2015 to 33 per cent currently.

The increase has largely been driven by a deal to purchase International Renewable Energy Certificates (I-RECs) through emissions reduction project developer South Pole Group for all of the company’s production facilities in China.

Tetra Pak said the I-RECs represent a contractual agreement between the electricity generator and the electricity consumer, which provides “proof that the electricity purchased has been generated from renewable energy, providing a guarantee of origin”.

Charles Brand, executive vice president for product management and commercial operations at Tetra Pak, said the move built on the company’s decision to join the RE100 initiative, which encourages firms to switch to 100 per cent renewable power.

“We joined the RE100 last year as a part of our commitment to tackle climate change, pledging to use 100 per cent renewable electricity across all our operations by 2030,” he said in a statement. “This move in China, where we have the largest production footprint, is a solid step forward as we stride towards that goal.”

The I-REC deals, which have been in place since the start of the year, cover the power used by four converting plants, one product development centre, and one processing equipment factory in China, as well as the company’s regional head office in Shanghai.

The company said it is also now purchasing 100 per cent renewable electricity for all its facilities across Sweden, including the use of 60GWh of green electricity a year from Swedish wind power projects.

The news came on the same day as it emerged UK retail giant Tesco has become the latest high profile firm to join the RE100 initiative with a commitment to source 65 per cent of its power from renewable sources by 2020, rising to 100 per cent by 2030.